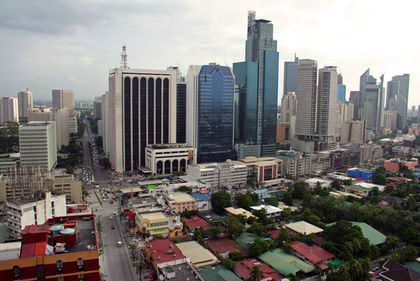 Filipinos have made their most important marks in the political arena. Foremost are José Rizal (1861–96), a distinguished novelist, poet, physician, linguist, statesman, and national hero; Andrés Bonifacio (1863–97), the leader of the secret Katipunan movement against Spain; and Emilio Aguinaldo y Famy (1869–1964), the commander of the revolutionary forces and president of the revolutionary First Philippine Republic (1899). Notable Filipinos of this century include Manuel Luis Quezon y Molina (1878–1944), the first Commonwealth president; Ramón Magsaysay (1907–57), a distinguished leader in the struggle with the Hukbalahaps; and Carlos Peña Rómulo (1899–1985), a Pulitzer Prize-winning author and diplomat and the president of the fourth UN General Assembly. Ferdinand Edralin Marcos (1917–89), who won distinction as a guerrilla fighter during the Japanese occupation, was the dominant political figure in the Philippines from his first election to the presidency in November 1965 to his ouster in February 1986. His wife, Imelda Romualdez Marcos (b.1930), emerged as a powerful force within her husband's government during the 1970s. Leading critics of the Marcos government during the late 1970s and early 1980s were Benigno S. Aquino, Jr. (1933–83) and Jaime Sin (b.1928), who became the archbishop of Manila in 1974 and a cardinal in 1976. Maria Corazon Cojuangco Aquino (b.1933), the widow of Benigno, opposed Marcos for the presidency in February 1986 and took office when he went into exile in the same month.

what styles of leadership they are using of jose rizal,bonifacio and manuel l. quezon
?