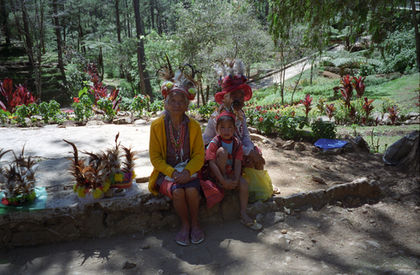 The Philippine Islands, in general, have a maritime tropical climate and, except in the higher mountains, temperatures remain warm, the annual average ranging from about 23° to 32° C (73 to 90° F ) throughout the archipelago. Daily average temperatures in Manila range from a minimum of 21° C (70° F ) to a maximum of 30° C (86° F ) in January and from 24° C (75° F ) to 33° C (91° F ) in June. Annual normal relative humidity averages 80%. Rainfall and seasonality differ markedly throughout the islands, owing to varying exposures to the two major wind belts, northeast trades or monsoon (winter) and southwest monsoon (summer). Generally, the east coasts receive heavy winter rainfall and the west coasts heavy summer rainfall. Intermediate and southern locales receive lesser amounts more equally distributed. The average annual rainfall in the Philippines ranges from 96 to 406 cm (38 to 160 in).

where are the driest places in the country where the rainfall is below 50 inches annually?