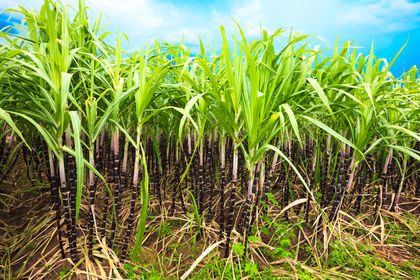 About one-third of the total land area is classified as arable. Three-fourths of the cultivated area is devoted to subsistence crops and one-fourth to commercial crops, mainly for export. Farms tend to be small, and many areas are double-cropped. Soils are generally fertile, but 30% of the agricultural land is suffering erosion.

In 1973, the Marcos government began a land-reform program that undertook to transfer landowners to about half of the country's 900,000 tenant farmers. By February 1986, over one- half of the area—about 600,000 ha (1,482,600 acres)—had not been distributed. The Aquino administration proposed a program in two stages: the first, covering 1.5 million ha (3.7 million acres) in 1987–89, involved previously undistributed land and other land held by the state; the second, covering 3.9 million ha (9.6 million acres) in 1990–92, involved land cultivating sugar, coconuts, and fruits. A more detailed 1990–1995 plan sought to increase productivity of small farms, maintain self-sufficiency in rice and corn production, and to increase the agricultural sector's role in the trade balance.

Roughly half the cultivated land is devoted to the two principal subsistence crops, palay (unhusked rice) and corn. Production of palay was 11,388,000 tons in 1999; long-term production has increased, mainly through the use of high-yielding hybrid seeds under a government development program begun in 1973. The Philippines attained self-sufficiency in rice in 1974 and became a net exporter of rice for the first time in 1977. A similar development plan was aimed at raising yields of corn, which is the chief food crop in areas unsuitable for rice-growing and is increasingly important as feed for use in the developing livestock and poultry industries. The Philippines has been self-sufficient in corn for human consumption since the late 1970s, but since production of animal feed lags behind the demand, imports are still necessary. Corn output in 1999 was 4,643,000 tons. Lesser crops include peanut, mango, cassava, camote, tomato, garlic, onion, cabbage, eggplant, calamansi, rubber, and cotton.

Commercial agriculture, dominated by large plantations, centers on coconuts and copra, sugarcane, tobacco, bananas, and pineapples. Coconuts are the most important export crop, accounting for 23% of world production; in 1999, 11,000,000 tons were produced. Copra production, in which the Philippines leads the world, rose from 1,470,000 tons in 1965 to an estimated 1,510,000 tons in 1999. As oil milling capacity rose, the domestic market for copra expanded, accounting for almost all of the output and leaving only marginal amounts for exportation. The government put a ban on copra exports in March 1983, but it was lifted in March 1986. Sugarcane production provided the country's single largest export item until 1978, when output and prices fell. Production was 26.3 million tons in 1999 (compared with an annual average of 31.5 million tons during 1979–81). Pineapple production rose to 1,495,000 tons in 1999; production of coffee was 121,000 tons, and 3,561,000 tons of bananas were produced that year. Other important cash crops in 1999 included mangos, 932,000 tons; tobacco, 71,000 tons; and rubber, 64,000 tons.