Papua New Guinea receives most of its bilateral aid from Australia, which donates about $200 million a year in assistance. Foreign budgetary support was phased out in 2000; aid is now concentrated on project development. Other major sources of aid include Japan, the EU, China, Taiwan, the UN, the Asian Development Bank, the IMF, and the World Bank. 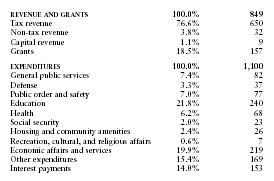