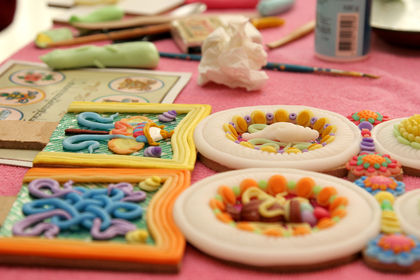 Traditionally, Nepal's foreign trade was limited to Tibet and India. After 1956, Nepalese trading agencies in Tibet were confined to Xigaze, Gyirong, and Nyalam, with Lhasa, Xigaze, Gyangze, and Yadong specified as markets for trade. In 1980, however, Nepal and China agreed to open 21 new trade routes across the Tibetan frontier. Treaty arrangements with China strictly regulate the passage of both traders and pilgrims in either direction across the border. Up until 1989, treaty agreements between India and Nepal allowed for unrestricted commerce across 21 customs posts along the border, and duty-free transit of Nepalese goods intended for third-party countries through India. In 1989, a breakdown in the treaty renewal negotiations resulted in retaliatory actions on both sides. India's share of Nepali exports plummeted from 38% in 1986/87 to 9% in 1989/90. India's share of the country's imports declined by about 25% to 50%. Despite the severe shock sustained by the Nepali economy, the signing of a new interim agreement in 1990 prevented a prolonged crisis, helping to fuel a robust recovery in export growth as exports increased by 28% in 1990/91 over 1989/90, and again by 35% in 1991/92.

Under the renewal of the bilateral trade treaty with India in 1997, Nepali goods entered India essentially duty free and quota free. As a result, exports to India grew for four years, from 1997 to 2001, at an average rate of 42% a year. The most recent India-Nepal Treaty of Trade, signed in March 2002, continues to allow Nepali manufactures to enter the Indian market on a nonreciprocal, preferential, or duty-free basis, with rules of origin less restrictive than the international norm (Nepal's manufactures can have up to 70% foreign content instead of the international norm of less than 50%). However, it places quotas on four sensitive imports: vegetable fats, acrylic yarn, copper products, and ferro oxide, all at volumes lower than recent Nepali exports to India.

The imposition of some non-tariff barriers (NTBs) by India is just one factor in the estimated recent decline in the growth rate of Nepal's exports. Other factors are the damage to production caused by the intensification of the country's Maoist insurgency in 2001, the global economic slowdown, and a rapid decline in demand from Nepal's main third-country destinations, the United States and Germany, in the post-9/11 atmosphere. The end of the 1990s saw robust growth in Nepal's exports, which increased nearly 12% in 1997/98, nearly 18% in 1998/99 and 37.4% in 1999/2000. The export growth rate fell, however, to 4.6% in 2000/01, according to the IMF. In 2001/02, exports are estimated to have actually declined by 15%.

The CIA reports that for 2000/01, recorded exports from Nepal were an estimated $757 million (f.o.b.) and that imports for this period were $1,600 million, indicating an apparently unsustainable merchandise trade deficit of $843 million, or 111.5% of exports. However, the figure for exports does not include unrecorded border trade with India, including substantial gold smuggling.

The major export destinations in 2000/01 were India (48%), the United States (26%), and Germany (11%). Over the past decade, exports to India, while continuing to account for about half of Nepal's exports, have soared in value and become increasingly diversified as Nepal's manufactures have carved out niches in the Indian market. Exports to the United States consist mainly of apparel, including pashmina (the Indian name for cashmere) products, whereas exports to Germany are dominated by woolen carpets. In the wake of 9/11, exports to the United States declined 15% in 2001, after an increase if 30% in 2000. For 2001/02, the IMF estimates that exports to countries other than India declined more than 40% due to the combination of external slowdown and internal supply disruptions.

The major import sources in 2000/01 were India (39%), Singapore (10%), and China/Hong Kong (9%). Leading imports were gold, machinery and equipment, petroleum products, and fertilizer.

In 2000 Nepal's imports were distributed among the following categories:

The information above is really important for Student like me.
What do you think is the major challenges of Nepal Foreign Trade?
2
bishnu hari adhikari

how the trade deficient with international market can compete by the Nepal,even in agriculture and agricultural product after the being membership of wto Nepal facing tremendous trade deficient after entry in international market.country need industrialized in agriculture,promoting in hydroelectricity and promoting of tremendous,tourism,for raising socioeconomic growth of Nepalese rural economics.
3
Komal Bhattarai

Though Nepalese people mostly rely on Agriculture(about 75.6%) the agricultural production compared to other developing countries having the same population and area, is found to be very less. Although it is developing countries of the World, it tends to use modern, advanced, and Scientific tools but it still lacks behind in agricultural productivity. Why?
5
Narendra Kapadia

Can I have Country wise Import & export figures of Nepal for year 2016 please?