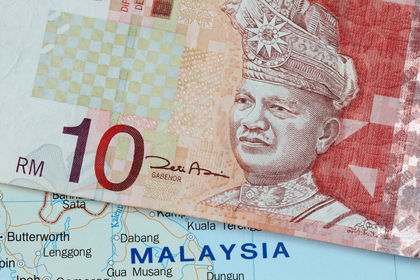 The government encourages foreign investors with a tax holiday of up to 10 years for investments in new industries and assurance of convertibility and repatriation of capital and profits. In 1975, the Industrial Coordination Act established new equity participation guidelines that required a substantial majority of Malaysian ownership of new import-substitution industries catering to the domestic market and using local technology; 70% Malaysian ownership was stipulated for export industries. Export industries using imported raw materials could be 100% foreign owned. Some of these restrictions were eased under the fifth Malaysia plan (1986–90). The Promotion of Investment Act of 1986 allowed 100% foreign ownership if a company exported at least 50% of its product and did not compete with local industry, or if it exported at least 80% of its product regardless of competition. In 1998, 100% foreign ownership was granted to projects exporting at least 80% of output, 79% foreign ownership for exports of at least 51% of output, up to 50% foreign ownership for exporting at least 20% of output, and a maximum foreign ownership of 30% for projects exporting less than 20%, regardless of the origin of raw materials. Also, for new manufacturing projects, in a policy originally set to expire at the end of 2000, and now set to expire at the end of 2003, 100% foreign ownership is permitted in any project approved by the Malaysian Industrial Development Authority (MIDA). The MIDA screens all proposals for manufacturing projects to determine if they are compatible with the Second Industrial Master Plan (1996–2005), and government strategic and social policies.

In October 1990 the government established on the Federal Territory of Labuan as an International Offshore Financial Center (IOFC) to provide offshore banking and insurance, trust fund management, offshore investment holding and licensing companies, and other financial services for multinational companies. In the period following the 11 September 2001 terrorist attacks on the United States, Malaysia took the lead in seeking to institutionalize Islamic banking and attract Islamic investment. In November 2001 Malaysia was a founding member, along with Bahrain, Indonesia, Sudan and the Saudi-based Islamic Development Bank (IDB), of the International Islamic Financial Market (IIFM). Effective 1 April 2002, Malaysian banker Abdul Rais Abdul Majid became the IIFM's chief executive officer. In June 2002 the Malaysian government took the lead in putting together the world's first global Islamic bond issue, whose underlying assets were lease payments for five years by the Malaysian government on its Ministry of Finance building, two hospitals and a civil service accommodation. Trust certificates with amounts payable exactly equal to the government's lease payments were listed on the Luxembourg Stock Exchange in August 2002, and, in September 2002, as a second listing on Labuan International Financial Exchange (LFX), part of the Labuan IOFC. The Labuan Offshore Financial Services Authority (OFSA) takes credit for initiating the idea of the establishment of the IIFM, and the Islamic Financial Service Organzation (IFSO), which is taking the lead in formulating and developing standards for the regulation of Islamic financial institutions, is headquartered in Malaysia. More conventionally, as of 2002, eleven free-trade zones (FTZs) have been established in Bayan Lepas, Bukit Baru, Mukim Damansara, Mukim Pringgit, Mukim Plentong, Prai, Tanjong Kling, Telok Panglima Garang, Ulu Kinta, and Ulu Klang in the states of Johor, Melaka, Perak, Penang, and Selangor. (FTZs are specially designated geographic areas with regulations, including minimum customs controls and formalities when importing raw materials, parts, machinery, and equipment, specifically designed to serve export-oriented industries.) There are specially designated FTZs for businesses engaged in commercial activities including trading, breaking bulk, grading, repacking, relabeling, and transit. Within an FTZ, goods are allowed to be imported without being subject to customs procedures, provided the goods are ultimately exported after processing. Two FTZs have been established for trading purposes in Bukit Kayu Hitam, Kedah and Pengkalan Kubor, Kelantan. A third in Mukim of Plentong, Johor, has been established for commercial activities other than trading.

Assets attracting foreign investors to Malaysia are location, cultural ties with Singapore and Taiwan, its economic and political stability, an increasingly competent labor force, and good infrastructure. The main barriers have been restrictions put on foreign investment and ownership as a part of the government's bumiputura policy, which sought particularly to insure Malay dominance of domestic markets. Nevertheless, before the sharp reduction in 2001, Malaysia was regularly listed among the top 25 best destinations for foreign investments.

In 1996 the government announced a list of 31 major infrastructure projects to be built between 1995 and 2020 at a cost of M $163 billion. The Second Industrial Master Plan (1996 to 2005) outlined investment opportunities. These have drawn a huge influx of foreign investment. They include the Bukun hydroelectric dam in Sarawak, Southeast Asia's largest; and the projects involved in the development of the Multimedia Super Corridor (MSC): the Petronas Twin Towers, the world's tallest; one of the region's most modern airports; and Putrajaya, the new capital city and administrative center for electronic government, and Cyberjaya, Malaysia's center for computer technology. The United States emerged as an important investment source in recent years, with manufacturing investments in 1998 totaling $1.7 billion. Most foreign investment is concentrated in the production of electronic components, consumer electronics, and electrical goods (dominated by US and Japanese firms), petroleum production and distribution, textiles, vehicle assembly, steel, cement, rubber products, and electrical machinery.

Malaysian outward investments 1985 to 1995 amounted to less than a quarter of inward investments, with an annual average of $677 million. However, in 2001 and 2002, this ratio had more than doubled to about 50%. A significant source of outward investments is Petroliam Nasional Berhad (PETRONAS), the state oil company incorporated in 1974 during the first oil shock. In 2002, domestic petroleum reserves had fallen to about 3 billion barrels of oil and 2.34 trillion cu m (82.5 trillion cu ft) of gas. Overseas investments in the upstream sectors (exploration, development and production) of the petroleum industries in 20 countries have, as of 2002, yielded an additional 3.25 billion barrels of oil equivalent. In international investments involving downstream operations (refining, distribution, marketing), PETRONAS's acquisition of the entire share holding of Engen Ltd., a South African oil company, increased its net refining capacity by almost 40%, to 361,500 bpd. The state company's other downstream activities include liquefied petroleum gas (LPG) terminalizing, bottling, and distribution in China, Vietnam and the Philippines, and refining and retailing in the Cambodia and Thailand.

How do we get in touch with the Malaysian Authorities/Government Departments
about investing in Malaysian Projects ?
2
stanley lai