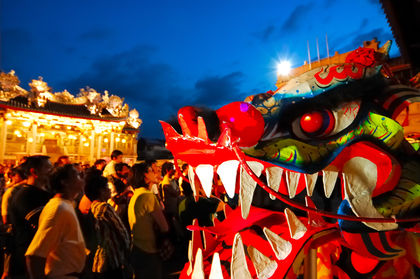 Photo by: Chen How Sia

The population of Malaysia consists of three main ethnic groups—Malays, Chinese, and peoples of the South Asian subcontinent. Malays and other indigenous groups are known as Bumiputras ("sons of the soil"). Estimates for 2000 reported the following distribution: Malays and other indigenous groups (Bumiputras), 58%; Chinese, 24%; persons of Indian descent, 8%; and other groups, 10%. Malays predominate in the rural areas, while the Chinese are concentrated in urban and mining areas, where they control much of the nation's wealth; enmity between the two communities has occasionally erupted into violence. The non-Malay indigenous groups on the peninsula are collectively called the Orang Asli (aborigines) and number about 50,000.

Non-Malay indigenous tribes constitute about half of Sarawak's residents; the largest indigenous group consists of the Sea Dayaks, or Ibans, followed by the Land Dayaks, or Bidayuh. The majority of Sabah's population consists of indigenous peoples, principally Kadazans, Bajaus, and Muruts. The balance is dominated by Chinese.

wow, very interesting. i never knew about this. so awesome and cool!
3
nur afida

I'll be doing a report of Malaysia tomorrow & this helps a lot actually. Thank you so much for sharing :)
5
Felix

This article really helped me with my essay, so thanks a lot for making it more easily available. Keep it up!