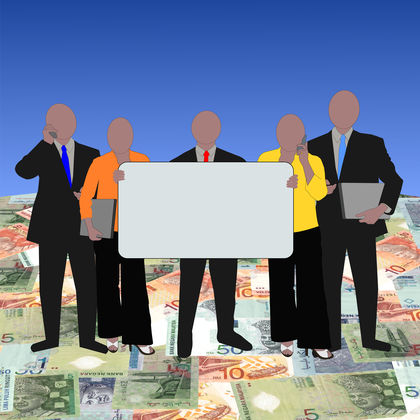 In the last 20 years, Malaysia economy has been transformed from a protected low income supplier of raw materials to a middle income emerging multi-sector market economy driven by manufactured exports, particularly electronics and semiconductors, which constitute about 90% of exports. Since 1970, and the institution of the New Economic Policy (NEP) following deadly riots in 1969 against economically dominant ethnic Chinese, the government's commitment to the free market has been hedged by its bumiputurna (literally, "sons of the soil") policies aimed at providing "constructive protection" for Islamic Malays against economic competition from other ethnic groups and foreign investors, particularly in the domestic market. In the Asian financial crisis of 1997, most of the major companies that the government had privatized and reserved for bumiputurna leadership, including Proton, the national car company, Malaysian Airlines, the Renong engineering group, and the Malaysian Resources media group, had to be renationalized to prevent their collapse. A vigorous recovery program mounted by the government that was showing positive results in 1999 and 2000 ran abruptly into the wall of the 2001 global slowdown. Worldwide, foreign direct investment dropped almost 50%, and in Malaysia the decline was an even more precipitous 85%. Gross domestic product growth dropped to 0.7% for 2001, from its usual 7% to 9%. Business in Malaysia remains dominated by non-Malays. Annual growth rates, which had been running 7% to 9%, came abruptly up against a wall in 2001. The government remains generally committed to a policy of free enterprise, although it owns and operates the railway and the majority of the communications systems and has become increasingly involved in certain key industries.

In 1970, a government holding company, Perbadanan Nasional (PERNAS), was created to encourage Malay-controlled businesses; in 1975, the government attempted, through PERNAS, to strengthen Malaysian interests in the tin-mining sector. Also in 1974, the government established the National Oil Co. (PETRONAS), with the overall aim of acquiring majority control of the country's petroleum operations. The Industrial Coordination Act of 1975 attempted to accelerate indigenous Malay participation in the economy by setting limits on foreign participation in the processing, domestic distribution, and export of local raw materials. In 1971, the New Economic Policy (NEP) was adopted, with the aim of channeling a greater share of future economic growth into Malay hands. It specifically called for raising the level of corporate ownership by Malays to 30% by 1990, reducing corporate ownership by other Malaysians (i.e., Chinese and Indians) to 40%, and restricting foreigners to ownership of no more than 30%. Short-term investment strategies are set forth in a series of economic plans. The fourth Malaysia plan (1981–85) proposed a level of development spending of M $42.8 billion and called for acceleration of the NEP goals for Bumiputra economic participation. Major industrial and infrastructural development projects included a M $900-million bridge between Pulau Pinang and the mainland and a M $600-million automobile-manufacturing plant, both of which opened in 1985. Recent economic planning has stressed a "look East" policy, with Malaysia attempting to emulate the economic successes of Japan and the Republic of Korea by importing technology from those countries. In response to deteriorating prices for oil and other exports, the fifth Malaysia plan (1986–90) has moved away from the goals of the NEP, aiming instead at promoting foreign investment, particularly in export industries.

The year 1990 marked the culmination of several economic development plans: the fifth Malaysia plan (FMP), 1986–90; the conclusion of the first outline perspective plan (OPP1) 1971– 1990; and the completion of the new economic policy (NEP) 1971–1990. The FMP emphasized industrialization. Specific targets were formulated to ensure that the distribution of ownership and participation in the commercial and industrial sector would be characterized by ethnic group participation, 30% bumiputra—Malays and other indigenous peoples of Malaysia, 40% other Malaysians (Chinese and Indian descent), and 30% foreign. The government provided funds to purchase foreign-owned shareholding on behalf of the Bumiputra population, increasing their equity to 20% by 1990. These policies are part of the new national development policy, although specific targets and time tables have been dropped. A post-1990 NEP defined Malaysian economic strategy for full development by 2020. Three ten-year outline perspective plans, which included a new development plan and six five-year plans, made up the NEP. A second outline perspective plan (OPP2) 1991–2000 aimed to sustain growth momentum and to achieve a more balanced development of the economy. The sixth Malaysia plan called for an average annual growth rate of 7.5%, and expenditures on infrastructure were included to ensure prospects for further development. Development trends are toward privatization, encouraging the spread of industry throughout the country, increasing manufacturing in the free trade zones, and providing financing for industry through the establishment of specialized financing institutions.

A five-year development plan announced by Dr. Mahathir on 6 May 1996 forecasted average growth of 8% per year from 1996 to 2000. But it also tackled issues that bothered skeptics of the Malaysian economy: low rises in productivity, a skills shortage, and a gaping current-account deficit. In 1997 and 1998, these issues, along with a global financial crisis based in Asia caused the downturn that skeptics expected. Prospects for continuation of the second industrial master plan for 1996 through 2005 seemed grim, although the economy began to rebound in 1999. Massive capital and infrastructure projects have attracted foreign investment and international respect.

What are the major economic issues and development issues of Malaysia as of today. How would it affect the country's growth?

Has Malaysia changed its fiscal and monetary policies since independence? If yes did those changes control the quantity of money in the economy?
3
Samuel Jashar

The Malaysian economic could really increase if we include all the Malays,Chinese and Indians in this field. Besides, we want Malaysia to become one of the most successful countries in the world. There is a reason why we are all in 1 country. The Malays may have been the ones who have been the first generation of people in Malayan land. Now we are all one, we are the next generation of people in this wonderfull Malayan land. The past has gone and it's a new place here in Malaysia. The solutions for all many problems start with democration and peace in Malaysia. Like our own Prime Minister says "Satu Malaysia". We are one and nothing can change that. I'm sorry if i said anything wrong but one of us is going to have to stand up and say something before anything goes wrong in this wonderfull country of ours.
4
Vichda Long

Would mind telling me what the challenges of the implementation of these policies are? And what are the solution responded to those challenges?
5
Leng Sotheary

What are the reasons that Malaysia need to develop the economy?
6
Vijinigiri Bala Bhanu Murthy