Cold temperate vegetation, including firs, spruces, and other needled evergreens, predominate in mountainous areas of the DPRK, with alpine varieties flourishing at the higher altitudes. The hilly terrain of Mt. Paektu is believed to be the peninsula's last remaining habitat for Siberian tigers and is also, along with other alpine areas, the home of bears, wild boar, deer, snow leopards, and lynx. Common at lower elevations are the roe deer, Amur goral, wolf, water shrew, and muskrat. Birds seen in the 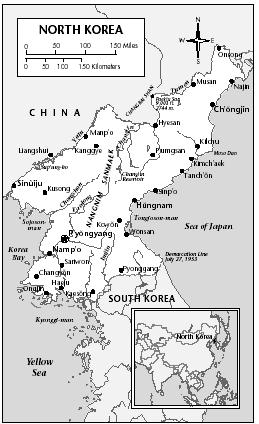