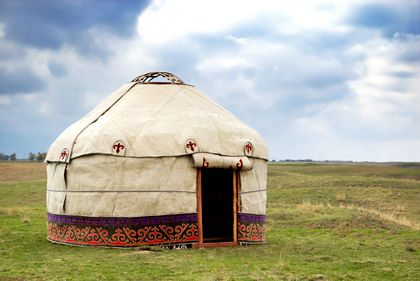 Kazakhstan faces several important environmental issues. As the site of the former Soviet Union's nuclear testing programs, areas of the nation have been exposed to high levels of nuclear radiation, and there is significant radioactive pollution. The nation also has 30 uranium mines, which add to the problem of uncontrolled release of radioactivity. Kazakhstan has sought international support to convince China to stop testing atomic bombs near its territory, because of the dangerous fallout.

Mismanagement of irrigation projects has caused the level of the Aral Sea to drop by 13 m, decreasing its size by 50%. The change in size has changed the climate in the area and revealed 3 million hectares of land that are now subject to erosion.

Air pollution in Kazakhstan is another significant environmental problem. Acid rain damages the environment within the country and also affects neighboring countries. In 1992 Kazakhstan had the world's 14th highest level of industrial carbon dioxide emissions, which totaled 297.9 million metric tons, a per capita level of 17.48 metric tons. In 1996, the total had dropped to 173.8 million metric tons. Pollution from industrial and agricultural sources has also damaged the nation's water supply. UN sources report that, in some cases, contamination of rivers by industrial metals is 160 to 800 times beyond acceptable levels. Pollution of the Caspian Sea is also a problem.

Kazakhstan's wildlife is in danger of extinction due to the overall level of pollution. According to current estimates, some areas of the nation will not be able to sustain any form of wildlife by the year 2015. In the areas where pollution is the most severe, 11 species of mammals and 19 species of birds and insects are already extinct. As of 2001, 15 mammal species, 15 bird species, 5 types of freshwater fish, and 36 species of plant are listed as threatened. Threatened species include the argali, Aral salmon, great bustard, snow leopard, and tiger. The mongolian wild horse has recently become extinct in the wild.

Please show solutions to the enviroment problems or pollution for all.
Thank you.
3
Marzhan

Very interesting, who is an author and when it was published??
4
Montgomery

This was so, so, so helpful! Great website and fabulous information! This saved my life! Thank you so much (:
5
MAN

This was really helpful! Awesome facts. This gave me a lot of imformation for my homework. Can you please make it a little more detailed.
THANKS A LOT.
6
Becky McBeckerson

It was helpful but i wish ther was something about desertifation(:
7
kimmie

this was really helpful for me with my history project. its half of my grade. thank you
8
Zuazi

this is a nice Overview of Kazakhstans environment
9
Kyle

This is a really great website to learn about the environment of Kazakhstan. Thanks.