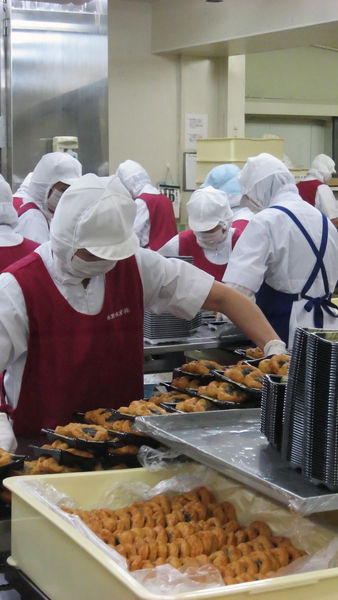 Manufacturing has been a key element in Japan's economic expansion during three periods of phenomenal growth. First, during the 50-year rise of Japan from a feudal society in 1868 to a major world power in 1918, output in manufacturing rose more rapidly than that of other sectors. Second, during the 1930s, when Japan recovered from the world depression earlier and faster than any other country and embarked on an aggressive course in Asia, manufacturing, especially heavy industries, again had the highest rate of growth. Third, in the remarkable recovery since World War II, manufacturing, which had suffered severely during the latter stages of the war, was again a leader, although commerce and finance expanded even more rapidly.

Japanese industry is characterized by a complex system of exclusive buyer-supplier networks and alliances, commonly maintained by companies belonging to the same business grouping, or keiretsu . Such a system utilizes a web of vertical, horizontal, and even diagonal integration within the framework of a few large conglomerations. Keiretsu firms inhibit the foreign acquisition of Japanese firms through non-transparent accounting and financial practices, cross-holding of shares among keiretsu member firms (even between competitors), and by keeping a low proportion of publicly traded stock relative to total capital.

During the 1970s and early 1980s, the rate of Japan's industrial growth surpassed that of any other non-Communist industrialized country. Of the 26 largest industrial companies in the world in the mid-1980s—those with sales of $20 billion or more—four were Japanese: Toyota Motor, Matsushita Electric, Hitachi, and Nissan Motor. In addition to spectacular expansion in the volume of output, Japanese industry has also achieved impressive diversity, with maximal application of efficiency standards and technological input. In 1997, industry accounted for about 38% of GDP and 33% of the total labor force. However, the Asian financial crisis that beset the region as Hong Kong was formally transferred to China impacted Japan's industrial production growth, which went from 9.6% in 1997 to -6.9% in 1998. Growth was still negative in 1999, but only by -0.1%, and in 2000 positive growth had returned as industrial production rose 5.3%. The recovery was short lived. The global slowdown of 2001 compounded by the economic aftershocks of the 11 September 2001 terrorist attacks on the United States contributed to a relatively massive 8.3% decline in industrial production in Japan in 2001. Estimates are that the decline continued in 2002, but only by .1%. In the meantime, the percent of Japan's labor force in industry had dropped from 40% in 1997 to 30% in 2001.

A brief recession forced production cutbacks in 1965; a deeper recession in 1974, related to rising world oil costs and diminished supplies, slowed Japan's economy in 1973–75 and again in 1978–80. At the same time, wage rates rose substantially, thereby reducing Japan's competitive advantage vis-à-vis other industrialized nations and prompting a major government effort to promote high-technology industries capable of making the most efficient use of the high educational level and technical competence of the Japanese labor force. Japan's industrial strategy, which involves close cooperation between business, government, and labor, was coordinated by the Ministry of International Trade and Industry (MITI). Particular emphasis was given by MITI and other government agencies to encouraging and assisting research and development of new products and technologies.

Facing increasingly stiff competition from overseas trading partners in the 1980s, Japanese firms responded with several strategies, including product diversification, increased investment in overseas plants, as well as a greater focus on production for the domestic market. Despite declining profits with the economic downturn of the early 1990s, Japanese companies continued to make large investments in new plants and equipment; in 1992, these outlays amounted to over 20% of the GDP, well outstripping the level of private investment in the United States. Since 1992, the government has implemented nine massive stimulus packages, including large investments in public projects like roads, bridges, and airports, in its efforts to spark renewed growth, or, at least, prevent a deeper recession.

Manufacture of electrical machinery ranks first in value added, accounting for about 18% of the total in 1991. Nonelectrical machinery ranks second, accounting for 12% of total manufacturing value added, followed by transportation equipment (10% of MVA) and chemicals (9% of MVA). The electronics industry grew with extraordinary rapidity in the 1980s and now leads the world. Radio and television sets and household appliances have been exported in large quantities since World War II; in addition to generators, motors, transformers, and other heavy equipment, the industry now produces automatic devices, electronic computers, videocassette recorders, tape recorders, calculators, and communications and broadcasting equipment. Major electronic products in 1991 included 4.5 million facsimile machines; 18.2 million telephones;3.0 million computers; 28 billion transistors; and 17.7 billion semiconductor integrated circuits. Also produced that year were 11.2 million radios, 15.6 million television sets, and 30.7 million videocassette recorders. Other manufactures in 1991 included 389.8 million watches, 17.7 million 35-mm still cameras, and 4.3 million microwave ovens. Japan plays an increasingly important role in the computer industry. The production value of Japanese personal and general purpose computers totaled ¥2.4 trillion in 1991. By 1987, Japan was fiercely competing with the US in developing high-tech products, such as superconducting materials.

Japan is the world's leading shipbuilder; more than half the ships built are exported, including some of the world's largest oil tankers. Rapid increases in shipbuilding capacity by Brazil and South Korea reduced demand for Japanese-built ships from a peak of 38 million gross tons of new orders in 1973 to 7.0 million gross tons in 1991. The decline prompted direct government intervention in the ailing industry and the closing of close to 37% of dockyard facilities in 1980.

Passenger car production expanded rapidly in the 1970s, as Japan moved to fill rising demand for fuel-efficient cars in the US and Europe. In the early 1980s, Japan emerged as the world's leading automobile producer, topping the US for the first time in the history of the industry. Dominant industry giants are Nissan and Toyota, which together produced about three-fifths of all passenger cars in the mid-1980s. In 1995, a total of 10,195,536 passenger cars, trucks, and buses were manufactured (down from a high of 13,486,796 in 1990). Restrictions imposed on Japanese automobile exports have promoted a marked increase in Japanese investment in automobile manufacturing facilities (engine manufacture, assembly as well as research and development) in the United States, Western Europe, and other overseas markets. In recent years, Japanese manufactures have also sustained growth through greater focus on producing for the booming domestic motor vehicle market, currently the second-largest in the world. Japan's superior technology in the design of bicycles, motorcycles, buses, and high-speed trains has been another major factor in the growth of the transport industry.

The chemical and petrochemicals industry has been another of the economy's key growth sectors since the late 1960s, in part due to rising domestic demand. Products include industrial chemicals such as sulfuric acid, caustic soda and fertilizers, as well as plastics, dyestuffs, paints, and other items for domestic use. Polyethylene production increased by 10–15% annually during the late 1980s; output in 1991 was 2,982,000 tons. Japan must import much of the iron ore and coking coal used in its steel industry, which ranked second only to the former USSR's in the mid-1980s. Output of crude steel peaked at 119.3 million tons in 1973 but declined to 101.6 million tons in 1995.

Textiles and apparel, Japan's main exports during the years immediately following World War II, have steadily declined in importance and accounted for only 2.5% of total value added in 1991 (as compared with 3.5% in 1985). Output of cotton and woolen fabrics, yarns, and rayon and acetate remains substantially below 1965 levels. The Japanese textile industry has been especially hard hit by rising wage rates and competition from developing nations, especially the other industrializing countries of East Asia.

Japan's semiconductor business has grown in size and profit due to the trade pact between Japan and the United States. While some argue that this pact had a negative effect on Japan's domestic chip market, it now appears, that these chip companies have become more efficient and therefore more profitable. Both the United States and Japan have become so intertwined in the semiconductor area that neither could afford to terminate the relationship.

During the severe recession of the 1990s, Japan's industrial production rate declined by 6.9% in 1998. Japan's major industries continue to be steel production, heavy electrical equipment, automobiles and parts, telecommunication equipment, chemicals, ship building, and processed foods. Japan's fishing industry is the largest and most productive in the world, and Japan has surpassed the United States as the largest manufacturer of automobiles.

Really long, useful information of facts. For Japan thanks for posting this up.
3
errin

very long but has interesting facts for my japan report :)
5
Ana

Thanks , very useful information..kisses for the those who posted.
6
johnatan

its very useful information ,thanks a lot.It's gonna help me at my project!!!
7
Mike

This article is certainly lengthy but it has plenty of useful information for my economics project thanks :) /s