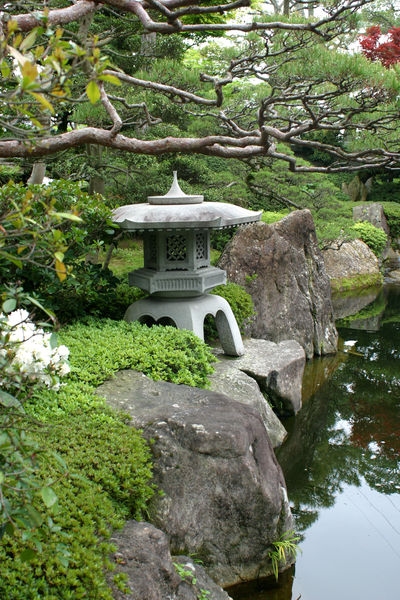 Crop production is vital to Japan despite limited arable land (13% of the total area) and the highest degree of industrialization in Asia. Steep land (more than 20°) has been terraced for rice and other crops, carrying cultivation in tiny patches far up mountainsides. With the aid of a temperate climate, adequate rainfall, soil fertility built up and maintained over centuries, and such a large farm population that the average farm has an area of only 1.2 ha (3 acres), Japan has been able to develop intensive cultivation. Agriculture exists in every part of Japan, but is especially important on the northern island of Hokkaido, which accounts for 10% of national production. Since World War II (1939–45), modern methods, including commercial fertilizers, insecticides, hybrid seeds, and machinery, have been used so effectively that harvests increased substantially through the 1970s. Japan is the second-largest agricultural product importer in the world (after the US), with total agricultural product imports of $34.6 billion in 2001. At $32.1 billion, Japan had the largest agricultural trade deficit in the world that year.

Almost all soybeans and feedstuffs and most of the nation's wheat are imported. In 1999, Japan produced 11.5 million tons of rice, the chief crop. In that year, rice accounted for about 93% of all cereal production. About 39% of all arable land is devoted to rice cultivation. Overproduction of rice, as a result of overplanting and a shift to other foods by the Japanese people, led the government in 1987 to adopt a policy of decreasing rice planting and increasing the acreage of other farm products. For many years the government restricted imports of cheaper foreign rice, but in 1995 the rice market was opened to imports, as the government implemented the Uruguay Round agreement on agriculture. Other important crops and their annual production in 1999 (in thousands of tons) include potatoes, 3,400; sugar beets, 3,803; mandarin oranges, 1,360; cabbage, 2,400; wheat, 583; barley, 205; soybeans, 187; tobacco, 64; and tea, 91.

As a result of the US-occupation land reform, which began in late 1946, nearly two-thirds of all farmland was purchased by the Japanese government at low prewar prices and resold to cultivators on easy terms. By the 1980s, nearly all farms were owner-operated, as compared with 23% before reform. A more telling trend in recent years has been the sharp growth in part-time farm households. Farmers are aging, and 77% of farm income is derived from other sources, such as industrial jobs. Although agriculture accounts for only 2% of GDP, about 10% of the population lives on farms. Despite increasing urbanization, 59% of all farms still cultivated less thanoneha (2.7 acres) in 1999. As a result, Japanese agriculture intensively utilizes both labor and machinery for production. In 1998, Japan had 2,210,000 tractors and 1,208,000 combines.

Thank u soo much! This website made my Ag 101 paper soo much easier!!

Also a huge asset to me as I prepared my Geography presentation.

Many thanks,
~tam
3
abraham

Yooo thank you soooo much this helped alot! I got a 100 on my project!
4
Juliet C

Thanx a lot. Awesome website. I couldn't find any information before but this was really helpful.
5
dayanidhi

Thanks! This helped me out quite a bit. Especially since I was procrastinating until my project was due the next day... >.>

this really helped alot in my project hope you put more so i can read for fun.
8
LAUREN

this website was a huge help for my Ag class!! thanks alot people :)
9
Raju

YEA I GOT A KNOWLEDGE ABOUT JAPAN'S AGRICULTURE.I AM VERY MUCH PROUD FOR THAT.
10
Logan

Thanks helped a lot on my CBA for agriculture on China and Japan
11
J.D.

Wow this helped me alot with my power point project lots of good information!!
12
rachel

i didn't get all of the information i needed but it was still a big help!
13
Milan

This is great! it gave me some information i needed but not all.
15
drake

thanks a lot i got an A on my geography assignment because of this website! :D
16
Abby

Thnx a lot.now im sure to get a 100% on my country report.Japan is awsome i wanna go there some day
17
David Adams

thank you very much. this information help me finish my essay on japan
19
kiran

Thanks a lot for that information...it can help...more power...
22
sara

thank you so much! this helped a lot with a project i'm doing for geography on japan.
23
maazen

nice thnxx!!helped me a lot got good marks!1 keep up the good work.:)
24
eko iswantoro

thank you very much, it has given me more information about japan agriculture and the product consumption.
25
May

Thanks so much this bit of info helped me find the rest of what I needed on Japanese agriculture for my Geography project ! Thank you!!!
26
alexa

this helped my japan report a lot i couldn't find this info anywhere else.
27
kameron

Thanks for this awsome article! It made my speech on japan so much easier!
29
SARAH

thanks, I got top marks because of the amount of info you give me!
30
K.M.BADRUL HAQUE

YEA I GOT A KNOWLEDGE ABOUT JAPAN'S AGRICULTURE.I AM VERY MUCH PROUD FOR THAT

I BECAME VERY GLAD FOR GETTING AN OPPERTUNITY TO READ ABOUT YOUR AGRICULTURE FACTS AND HELP ME TO GAIN KNOWLEDGE ABOUT IT...
32
kunj

you have given main information superb well done and thank you very much. may god bles you
33
Gauri R

This information is really good and in easy language. It helped me a lot in my PPT.
34
Alex

This website made my AP Human Geography Project easieris and faster ad i didnt have to read as much, which is good because I am lazy
35
Sydney Pope

Would have helped but I was kicked out of GIHS before I could finish the assignment! Don't smoke weed, it's stupid!
36
Jack Sammy

wow this hepled me on my assignment!!
never knew this stuff!

hi,if you know please let me have some info about"What can be planted in moist temperate climates?"
39
Pedro Ludwig R. Loyola, III

Good day. I am an MPM major in Rural Development student of the Development Academy of the Philippines in Tagaytay, Philippines. I am very much enthusiastic to know more about backyard vegetable growing in your country. In fact, I want this topic to be my Rural Development Action Plan and Project. Thus, I hope you post stories in regard to the said topic. Thank you.
40
Max Stevens

This helps a lot for my china and japan CBA. THANK YOU!
41
Eco

this really helped with my japan/italy social studies project. I was procrastinating and couldn't find info anywhere else. thanks!
42
Santoshlama

AWESOME! THANKS FOR HELPING NATIONS ENCYCLOPEDIA BECAUSE MY TEST WAS COMING OF GEOGRAPHY
43
Liam watt

Tho article is great I learned quite a but but also won an argument with my dad :) thanks
47
Faith

This helped me with the percentage of how rice was growing and also mentions many other facts in the paragraphs. I recommend this website for people who are looking for the agriculture of Japan and how much kinds of food produced. THANKS SO MUCH ;)
48
James

Thanks! This help with my staple foods essay!
It was on japan, WOOT!
49
caaydoon

Very good and educative article keep up. The information given is very rich can help students pursuing the field of agriculture to comprehend the practices or agronomic practices. I wish you extended the same project to my country Kenya.
52
HOM BAHADYR THAPA

I don't know what agriculture is but thanks to this I now know.
54
I care about my anonymity

Thank you. I see this site has been used for many assignments over the course of 10 years so I hope this information is correct. Assuming that it is still correct I hope that this may help me in my Food Technologies assignment.

I also hope that all the kids that have commented on this post over the years have learnt how to spell by now.
55
Cam

Japan is such an awsome country I really need to go there some time.
56
Madison Dartez

About what percent of Japan is Mountainous? What is the highest point in Japan?