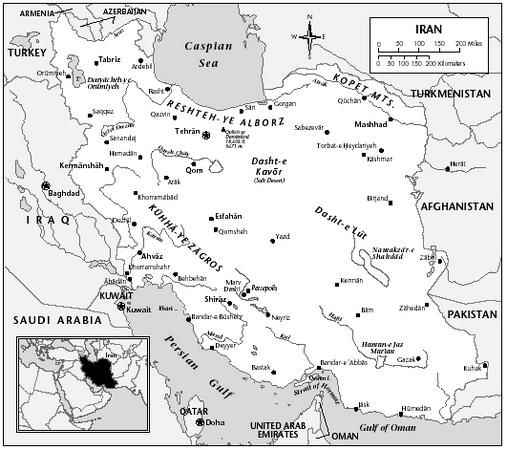 remainder of the population are Zoroastrian, Jewish, Christian, Mandean, and Baha'i.

Iran is the only Islamic country where Shi'a Muslims hold the reins of power. Shi'a Islam is the official religion of the country and the president, prime minister, and cabinet ministers must be Muslims. The Christian population (about 115,000 to 120,000) includes Armenians and, in the northwest area, Nestorian Christians (Assyrians). Colonies of Parsis, or Zoroastrians, in Yazd, Kerman, and other large towns number about 35,000. The Baha'is number about 300,000 to 350,000; their faith, which sprang from the teachings of a 19th-century Muslim in Iran, has been denounced as heresy to Islam. The Baha'is have been severely persecuted by the Shi'a government since the 1979 revolution, and many of their religious leaders have been executed. The Jewish community, which numbered about 25,000 in 1984, had dwindled to no more than 14,000 by 1990 and may have declined still further since then under the impact of persecution.