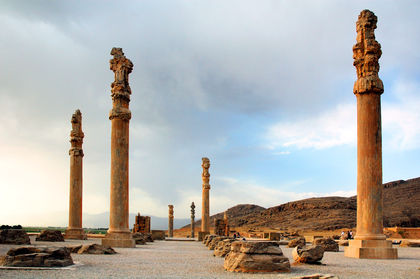 Iran has a continental type of climate, with cold winters and hot summers prevalent across the plateau. On the plateau, the annual rainfall does not exceed 30 cm (12 in), with the deserts and the Persian Gulf littoral receiving less than 13 cm (5 in). Snow falls heavily on the mountain peaks and is the principal source of water for irrigation in spring and early summer. The Caspian littoral is warm and humid throughout the year, and the annual rainfall is from about 100 to 150 cm (40–60 in). Clear days are the rule, for the skies are cloudless more than half the days of each year. The seasons change abruptly. By the Persian New Year, the first day of spring, orchards are in bloom and wild flowers abound. The Tehran temperature ranges from -3° C (27° F ), the average low, to an average high of 7° C (45° F ) in January, and from an average minimum of 22° C (72° F ) to an average maximum of 37° C (99° F ) in July.