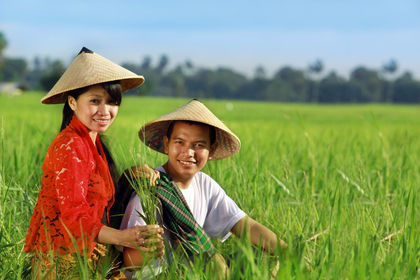 The indigenous peoples, ethnologically referred to as Malays or Indonesians, also are found on the neighboring islands of the Philippines, in Peninsular Malaysia, and even as far away as Taiwan and Madagascar. Indonesians are characterized by smallness of stature, light to dark-brown pigmentation, thick, sleek black hair, broad formation of the head, a wide nose, and thick lips. The inhabitants of eastern Indonesia have Negroid features, the result of intermarriage with the Papuans of New Guinea.

The population is officially classified into four main ethnic groups: Melanesians, who constitute the majority; Proto-Austronesians, including the Wajaks and the Irianese on Irian Jaya; Polynesians, including the Ambonese on the Maluku Islands; and Micronesians, found on the tiny islets of Indonesia's eastern borders. The Melanesians are subdivided into the Acehnese of north Sumatra; the Bataks of northeastern Sumatra; the Minangkabaus of west Sumatra; the Sundanese of west Java; the Javanese in central and east Java; the Madurese on the island of Madura; the Balinese on Bali; the Sasaks on the island of Lombok; the Timorese on Timor; the Dayaks in Kalimantan; and the Minahasa, Torajas, Makassarese, and Buginese on Sulawesi. In 1999, 45% of the population was Javanese, 14% Sundanese, 7.5% Madurese, 7.5% coastal Malays, and 26% other.

Ethnic Chinese, the principal minority, were the target of riots in 1974 and 1980. Active mainly in business in the major cities, they are relatively prosperous and widely resented by ethnic Indonesians. 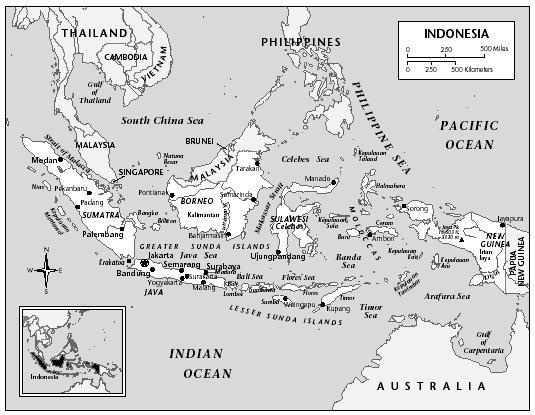 We have a mix of Portuguese people of Flores as the maumere, larantuka because we have a lot of brown hair and high nose including myself hehehe, we all love Indonesia timur (melanesia)
2
Gerry

You guys mixed up melanesians and polynesians. The majority is Polynesian, maluku is Melanesian.
3
chen chen

light skin and light brown ,slanted eyes and almond are the people who live in Indonesian Indonesian western part, while their eastern Indonesia that have physical characteristics dark brown skin, big eyes, curly hair .. they are just like the people living Pacific (Polynesia, Micronesia, Melanesia)
4
Sydney

what is Indonesia's Ethnic Groups or how do I find it? Please Help I need a report on it
Thanks, Sydney
5
Flo

I am half Indonesian and the physical characteristics in this article, and from Chen Chen as far as I am concerned, are on point. I am Sundanese from western Indonesia and we do have more of an Asian "look" to us. I even look Vietnamese, people guess Japanese or Chinese or Vietnamese (Chinese, Vietnamese mostly).