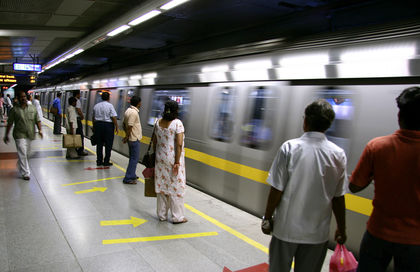 India's governments have established an extensive social welfare system. Programs for children include supplementary nutrition for expectant mothers and for children under seven years of age, immunization and health programs, vacation camps for low-income families, and training for adolescents. There are also services for the blind, deaf, mentally retarded, and orthopedically handicapped. Programs for women include welfare grants, women's adult education, and working women's hostels. Special measures are aimed at rehabilitating juvenile delinquents, prostitutes, and convicts. Begging in public places is forbidden by law in most states and localities. Other social welfare programs cover displaced persons; family planning and maternity care; rural community development; emergency relief programs for drought, flood, earthquake, and other disasters; untouchability (the Harijans); and underdeveloped tribal peoples.

The program for old age, disability, and death benefits are covered by a provident fund with deposit linked insurance for industrial workers in 177 categories. The system is partially funded by insured persons and employers, with a small pension scheme subsidized by the government. There is a social insurance system covering sickness and maternity as well as work injury. The law requires employers to pay a severance indemnity of 15 days pay for each year of employment.

Although the law prohibits discrimination in the workplace, women are paid less than men in both rural and urban areas. Discrimination exists in access to employment, credit, and in family and property law. Laws aimed at preventing employment discrimination, female bondage and prostitution, and the sati (widow burning), are not always enforced. Wife murder, usually referred to as "dowry deaths," are still evident. Domestic violence is commonplace and more than half of women surveyed believe it is justifiable and a normal part of married life. Not only does the male population exceed that of females, but India is also one of the few countries where men, on the average, live longer than women. To explain this anomaly, it has been suggested that daughters are more likely to be malnourished and to be provided with fewer health care services. Female infanticide and feticide is a growing problem is a society that values sons over daughters.

It is estimated there are nearly 500,000 children living and working on the streets. Child prostitution is widespread. Despite its illegality, child marriages are still arranged in many parts of India.

Human rights abuses, including incommunicado detention, are particularly acute in Kashmir, where separatist violence has flared. Although constitutional and statutory safeguards are in place, serious abuses still occur including extrajudicial killings, abuse of detainees, and poor prison conditions. Despite efforts to eliminate discrimination based on the longstanding caste system, the practice remains unchanged.

hai i would like to know about this social development what i have to do? please give some guidence thank u very much
2
Jitendra

Take print. it is interesting to read and share for more coments
3
rathikumar

Nice. I used it for a school paper. It is a good source of information.
5
Shireen fatima

Article is some thing very worth piece in gettin a clear picture of India's development scene.. But plz include current debates on the issue also to make it more comprehensive..
6
Ashish Jha

Good one, Its happen only in INDIA.It is very useful article for those who always quires about their society to which area we have to contribute?
7
Zameer Ahmad

Its good but its not possible to develop completly untill changing the political system. If I hav get a chance definetly I wil do it becase INDIA is my country