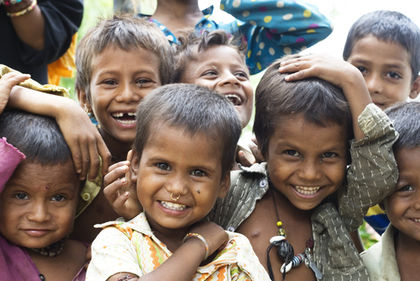 India's ethnic history is extremely complex, and distinct racial divisions between peoples generally cannot be drawn clearly. However, Negroid, Australoid, Mongoloid, and Caucasoid stocks are discernible. The first three are represented mainly by tribal peoples in the southern hills, the plateau, Assam, the Himalayas, and the Andaman Islands. The main Caucasoid elements are the Mediterranean, including groups dominant in much of the north, and the Nordic or Indo-Aryan, a taller, fairer-skinned strain dominant in the northwest. The dark-complexioned Dravidians of the south have a mixture of Mediterranean and Australoid features. In 1999, 72% of the population was Indo-Aryan, 25% Dravidian, 3% Mongoloid and other.