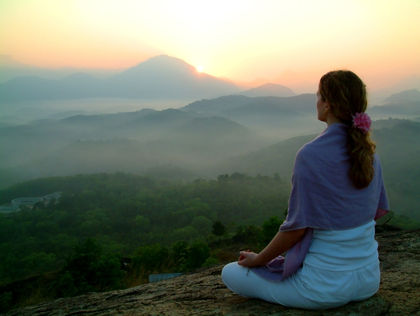 Among India's most pressing environmental problems are land damage, water shortages, and air and water pollution. During 1985, deforestation, which, especially in the Himalaya watershed areas, aggravates the danger of flooding, averaged 1,471 sq km (568 sq mi) per year. India also lost 50% of its mangrove area between 1963 and 1977. Despite three decades of flood-control programs that had already cost an estimated $10 billion, floods in 1980 alone claimed nearly 2,000 lives, killed tens of thousands of cattle, and affected 55 million people on 11.3 million hectares (28 million acres) of land. As of the mid-1990s, 60% of the land where crops could be grown had been damaged by the grazing of the nation's 406 million head of livestock, deforestation, misuse of agricultural chemicals, and salinization.

Due to uncontrolled dumping of chemical and industrial waste, fertilizers and pesticides, 70% of the surface water in India is polluted. The nation has 1,260 cu km of renewable water resources, of which 92% is used for farming. Safe drinking water is available to 95% of urban and 79% of rural dwellers. Air pollution is most severe in urban centers, but even in rural areas, the burning of wood, charcoal, and dung for fuel, coupled with dust from wind erosion during the dry season, poses a significant problem. Industrial air pollution threatens some of India's architectural treasures, including the Taj Mahal in Agra, part of the exterior of which has been dulled and pitted by airborne acids. In what was probably the worst industrial disaster of all time, a noxious gas leak from a Union Carbide pesticide plant in Bhopal, the capital of Madhya Pradesh, killed more than 1,500 people and injured tens of thousands of others in December 1985. In 1992 India had the world's sixth-highest level of industrial carbon dioxide emissions, which totaled 769 million metric tons, a per capita level of 0.88 metric tons.

The environmental effects of intensive urbanization are evident in all the major cities, although Calcutta—once a symbol of urban blight—has been freed of cholera, and most of the city now has water purification and sewer services. Analogous improvements have been made in other leading cities under the Central Scheme for Environmental Improvement in Slum Areas, launched in 1972, which provided funds for sewers, community baths and latrines, road paving, and other services. However, as of the mid-1990s, only 21 of India's 3,245 cities had effective sewage treatment.

We are working on a project "Occupationa hazards;Advers effects of pesticides on pesticides formulators".
If you have some information related to our project then please send us on given email ID with references.So,it will be helpful for us to enhance Environmental pollution record to government and we will be able to think about how to reduced its lithality.

We have to do somthing soon.
India is an amazing country with it now being in threat of a disaster
3
Jasmine Curry

I think that this article is very good because it talk about some of the major effects facing Indians. I also have come to the conclusion that most of the information is very useful. To me whom ever wrote this article should give them self a thumbs up cause this is very good work.
4
hirendra bhoyar

i am a student from nagpur university. i am very interested in envirnment.
5
Palden

I need a any State of India, where environment is being destroyed. !!

This article is really very useful to at least me to do my holiday homework.
8
lorraine

I think this really helped me. I loved how it told me everything I need to know. Thank you internet!
10
Eric

Please tell me what kind of environments are in India -.-
11
shreyas kavadi

Article is good, it helps me alot in doing my project.
12
Steve

This is very useful for people who want to know about this stuff.
13
Brian

Interesting Information, however I would of liked to learn about the different types of environments in India.