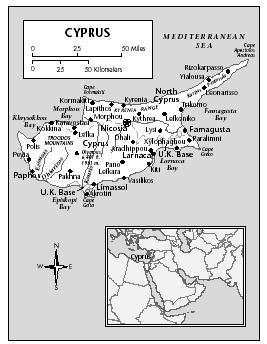 Although off the main world shipping routes, Cyprus is served by passenger and cargo shipping lines. Famagusta on the east coast was the main port, but it and the ports of Kyrenia and Karavostasi were closed to national shipping after the Turkish invasion in 1974. (The port of Famagusta was reopened by the Turkish Cypriots in 1978.) The Limassol and Larnaca ports have been modernized and are now considered good deepwater harbors. Other ports include Moni, Vasiliko-Ziyyi, and Paphos. In 2002, 1,254 ships totaling 22,802,712 GRT comprised the merchant fleet, one of the world's leaders in terms of deadweight tonnage, at 36,337,768. About two-thirds of the trade passed through Limassol. There are no inland waterways.