Nearly 88% of the people are believers in Islam (mostly Sunni), making Bangladesh one of the world's largest Muslim countries. Most of the remaining population, about 10% are Hindu; the remaining 1.2% are mainly Buddhist or Christian, the latter evenly divided between Roman Catholics and Protestants. There are small numbers of Shi'a Muslims, Sikhs, Baha'is, Ahmadis, and animists. Although Islam was established as the state religion in 1988, freedom of worship continues to be guaranteed under its constitution. 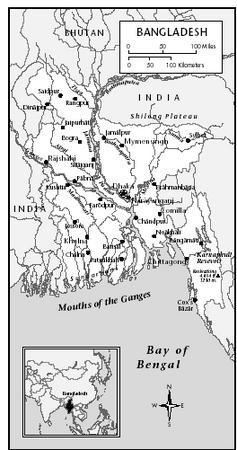