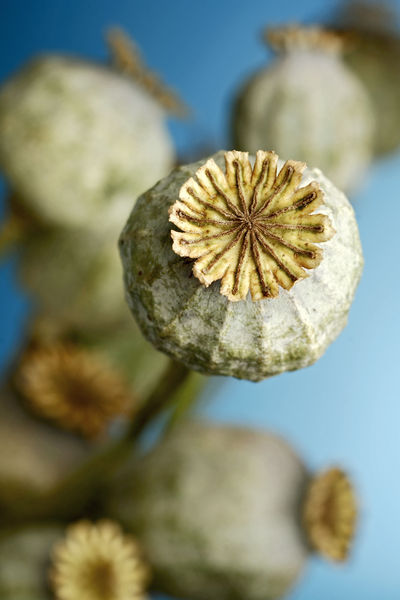 About 12% of the land is arable and less than 6% currently is cultivated. Normally, Afghanistan grew about 95% of its needs in wheat and rye, and more than met its needs in rice, potatoes, pulses, nuts, and seeds; it depended on imports only for some wheat, sugar, and edible fats and oils. Fruit, both fresh and preserved (with bread), is a staple food for many Afghans. Agricultural production, however, is a fraction of its potential. Agricultural production is constrained by an almost total dependence on erratic winter snows and spring rains for water; irrigation is primitive. Relatively little use is made of machines, chemical fertilizer, or pesticides.

The variety of the country's crops corresponds to its topography. The areas around Kandahar, Herat, and the broad Kabul plain yield fruits of many kinds. The northern regions from Takhar to Badghis and Herat and Helmand provinces produce cotton. Corn is grown extensively in Paktia and Nangarhar provinces, and rice mainly in Kunduz, Baghlan, and Laghman provinces. Wheat is common to several regions, and makes up 80% of all grain production. Aggregate wheat production in 2002 was estimated at 2.69 million tons, some 67 percent more than was achieved in 2001. Following wheat, the most important crops in 2000 were barley (74,000 tons) corn (115,000 tons), rice (232,800 tons), potatoes (235,000 tons), and cotton. Nuts and fruit, including pistachios, almonds, grapes, melons, apricots, cherries, figs, mulberries, and pomegranates are among Afghanstan's most important exports.

Agricultural products accounted for about 53% of Afghanistan's exports in 2001, of which fruits and nuts were a large portion. In some regions, agricultural production had all but ceased due to destruction caused by the war and the migration of Afghans out of those areas. A law of May 1987 relaxed the restrictions on private landowning set in 1978: the limit of permitted individual holding was raised from 6 to 18 hectares (from 15 to 45 acres). Opium and hashish are also widely grown for the drug trade. Opium is easy to cultivate and transport and offers a quick source of income for impoverished Afghans. Afghanistan was the world's largest producer of raw opium in 1999 and 2000. In 2000 the Taliban banned opium poppy cultivation but failed to destroy the existing stockpile and presumably benefited substantially from resulting price increases. Later, in 2001, the Taliban reportedly announced that poppy cultivation could resume. Much of Afghanistan's opium production is refined into heroin and is either consumed by a growing South Asian addict population or exported, primarily to Europe. Replacing the poppy industry is a goal of the Karzai administration.

i love this website. its full of useful information that helped me to do a project. i did my whole project of this website.
2
qasimullah

LOVE THE WEBSITE! IS AMAZINGLY INFORMATIVE. HELPED ME WITH MY FOOD TECHNOLOGY ASSIGNMENT, SO GOOD JOB, KEEP IT UP!
4
Mahmood

Salam every one
its very good to have sites like this for solving problems. We need some details inf about maize in afghanistan
5
Alia Amer

wow, this website gives me info, and gave me a good score on my test grade!
6
Mohammad Rafiq

in the first visit of this website i realized that it will help me a lot.
7
Ambassador Mount

In Sep 2018 Afghanistan is the world leader in Heroine and Hashish production..yielding the CIA about $1 Trllion Dollars a year in Illegal Drug Trade. Pray GOD shuts it down Immediately.
8
Mohammad Hossainpoor

Really the subject was useful and help more anyone need the information, its important for all of us that trying to support this kind of website, because it shows our country knowledge ability.
9
bruh

Very useful website, I think in Afghanistan instead of rye people are growing Barly. Also if it's possible to update the information yearly to keep the web dependability.