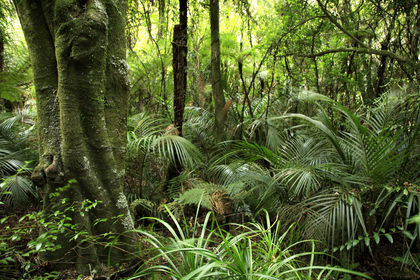 Only 4.14 million hectares (10.4 million acres), or 3.2% of the total land, was under cultivation in 1998. The area of available agricultural land per capita is one of the lowest in the nonindustrialized world. The major portion of the coastal farmland is devoted to the raising of export crops, while the sierra and the selva are used primarily for the production of food for domestic consumption. In various communities, the Inca system of cooperative labor and land use still remains; fields are communally planted and harvested, and the produce or the profits divided.

The Agrarian Reform Law (ARL) of 1969 profoundly affected the whole of Peruvian agriculture. By 1973, most of Peru, except for the rainforest on the eastern side of the Andes, was brought under the reform program. Large private landholdings were abolished. Contrary to the expectations of farm workers, however, the appropriated land was not redistributed in small individual parcels. The large estates expropriated by the government were instead reorganized into cooperatives that maintained their administrative unity and were often incorporated into still larger units, known as social-interest agricultural societies, through which they were linked on a cooperative basis. By 1980, the expropriation and redistribution of land were largely complete. Out of the nine million hectares (22.2 million acres) of cropland and pasture originally expropriated, 8.8 million hectares (21.7 million acres) were allocated to 379,000 families. In addition, 2.9 million hectares (7.2 million acres) reverted to the state, and 1.1 million hectares (2.7 million acres) were distributed to 10,706 families in the selva. The bulk of land went to cooperatives, and only about 43,000 families received land, totaling 683,000 hectares (1,688,000 acres), in the form of private holdings. The government justified this program by arguing that the supply of arable land in inhabited zones of Peru is so small that equal distribution of the land would permit an allotment of less than0.5 hectares (1.2 acres) per rural inhabitant; that community ownership of land accords with Peruvian traditions, especially the proto-socialist Inca heritage; and that improved equipment and technique are more easily implemented in larger enterprises. As it turned out, inadequate distribution systems and lack of technical expertise limited the productivity of the cooperatives, and by 1981, about 80% of them were operating at a loss. The free market policies of President Fujimori played an important role in Peruvian agriculture during the 1990s, virtually undoing the expropriative and redistibutive policies of the ARL. In 1996, the Land Tenure Law was instituted, which was a step toward allowing land to be titled and used as collateral. The Water Law no longer ties water usage with land area, and mandates that farmers must pay for their use of water. Water is an extremely expensive commodity in the coastal valleys.

Peru's agriculture is highly diversified but not well integrated. In an irrigated section of the coastal desert lowlands, more than 1,195,000 hectares (2,953,000 acres) are cultivated with cotton, sugar, rice, soybeans, pulses, fruits, tobacco, and flowers. Modern methods are widely used in this area, and as a result, output has risen at a much faster rate than population growth. The sierra, in contrast, is relatively dormant, its lands being inferior or impractical to till. The selva contributes cocoa, fruits and nuts, tea, coffee, tobacco, and forest products.

In the 1980s, a combination of weak financing, heavy overseas borrowing, poor pricing policy, bad weather, and outmoded equipment contributed to a serious deterioration in the performance of the sugar industry. In 1996, the sugar industry's twelve collective farms were forced to change their management and ownership structure. Most had been inefficient, overloaded with administrative workers, and together owed the government $250 million in back taxes and social security payments. Some of the collective farms have begun selling portions of their capital to the private sector. Staples are potatoes and corn, grown throughout Peru, but with very low yields. The leading commercial crops are rice, cotton, sugar, and barley. The principal agricultural deficiencies—wheat, livestock and meat, animal and vegetable fats, and oils—are covered by imports. Production of major crops (in thousands of tons) in 1999 included rice, 1,947; corn, 1,058; coffee, 145; wheat, 169; and beans and pulses, 297. Sugar cane and potato production in 1999 amounted to 6.9 million tons and 3.1 million tons, respectively.

thank you all the informen as hlep me in my report for homeschool thank you!!
2
gagaggbb

thanx a lot whoever wrote this article. Just right for the economy part in my PERU assignment for year 5!
3
felicia

Thanks so much for the information in this article.
4
emma

this article rocks!well i think it is interesting for many various reasons! it is cool because every countrys agriculture is different!
5
Nazirah

Wow this is GOOD I have a project and this really helps thanks whoever wrote this :)
6
bob

thank you all the informen as hlep me in my report for homeschool thank you!!
8
Nathan

just another thank you for helping me get some background information for my project.
9
Lima Josephyn

This has helped me to do my research.thank you, God bless