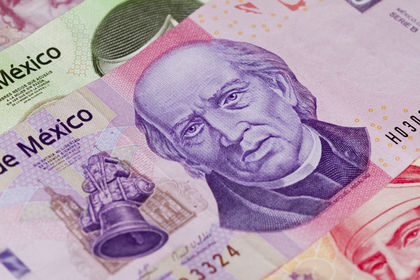 Mexico, a member of NAFTA since 1994, also has free trade agreements with 32 countries and regions, among them the European Union, EFTA, Israel, and 10 nations in Latin America. The agreement with the European Union is roughly the same as the specifications afforded in the NAFTA treaty. Mexico has also implemented "Sectoral Promotion Programs (PROSEC)" that reduce tariffs for goods imported from countries with most-favored nation status by up to 5% on a wide range of manufacturing inputs. In doing so, Mexico has allowed East Asian products to be increasingly competitive with US or Canadian products in Mexican markets, undermining the efficacy of NAFTA.

Since mid-1985, Mexico has undertaken a major liberalization of its trade restrictions, departing from the import-substitution approach that had been followed since the 1940s. In the second half of 1985, the need for many import licenses was abolished and Mexico joined GATT in July 1986. Until June 1985, a license was required for 4,513 of the 8,077 items on the import tariff schedule. Trade protected in this manner represented 75% of total import value. By 1991, less than 2% of all imports (14% of total import value) were subject to licensing requirements, and in 1999 there were hardly any licensing requirements. Businesses may receive reductions of up to 100% on duties for certain industrial imports in Mexico's free trade zones.

Mexico gives preferential treatment to some imports from the 10 other member nations of the Latin American Integration Association. The North American Free Trade Agreement (NAFTA) entered into force on 1 January 1994. It further lowered tariffs on US and Canadian goods to 0–10%. Under NAFTA, tariffs will be phased out by 2005, however, many US goods already enter Mexico duty-free. There is also a value-added tax (IVA) of 10-15% (depending on the destination within the country) on most sales transactions.

I love this information! It gives you all the information of mexico and other countries too. It helped me so much for the project Im doing for Acapulco Mexico!!!!!!! Thanks for listening.
2
john champion

I so not understand the figures in the Mexican Customs tariff book. In the rows next to the tarrif it either shows a number or ex. What does it mean? 15 percent ? what does ex. mean?
5
bobb

what does this teach me about their duties that they have to perform to be a legal citizen in Mexico??