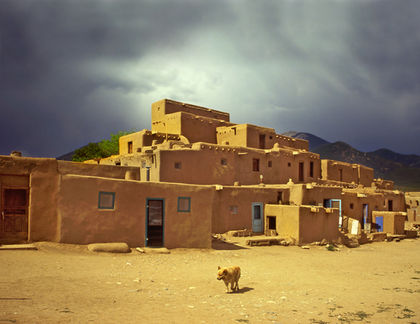 Most of Mexico is deficient in rainfall, but two coastal belts covering about 12% of the total area—from Tampico south along the Gulf of Mexico and from the state of Colima south along the Pacific—receive an average of from 99 to 300 cm (39–118 in) per year. Annual rainfall may exceed 500 cm (200 in) in Tabasco and Chiapas, while in parts of Baja California, virtually no rain falls. Precipitation is adequate in central Mexico except at altitudes above 1,800 m (6,000 ft), while the northern states are semidesert or desert. Most of the country receives its heaviest rainfall during the summer months.

thanks, this has been very helpful with my geography/history assignment.
2
Moneyman7888

I think this realy was helpful for my history brochure thanks for the information!
3
Tara

Thank you this has been helpful for my essay on dengue fever and the type of mosquito involved when temperatures differ in location.
4
Annie

thanks this helped me with my social studies paper!
5
Melanie

you rock. you have every thing i need for my scocial science
7
OH DANG

thanks this helped me w/ my world history brochure!
10
Priscilla

Thx, this helped me finish my homework on endangered animals, and the tempurature in their habitat. XD
11
Joel Derickson

Thank you nations encyclopedia. I really needed this for my social studies report.
12
Gavin

Thanks, This really helped on my social studies assignment!!
13
Thebrokenheart

ok this wasn't the most helpful but it was better than a lot of them :)
it sure helped on my S.S paper on Mexico
14
Kaytlin

thank you so much! this helped me ALOT! It helped me on my test ( i got a 100% ) and it also helped me in ALOT of assignments. Thank you so much for putting this up here. It gave alot of good information that can be useful for later.
15
helenalanaya

thanks, this helped me out on my cuture fair project so much!
16
Emily S.

This was AMAZING! thank you so much...it had all the info i needed for my social studies report!
17
Anthony

Thank you for the information. I had to prove something and you saved my grade. THANKS!!!
18
Chika#1

This was very help full!!! I think it will help me in science!!!
19
Taizhe

Thanks this really helped me on my project that I had to do on Mexico for class.
20
catsfordayz

thanks for the information! Now I can do my Mini Research on the climate of Mexico for Spanish Class peace love cats
21
ISayDis

Thanks!! Have to write a Mayan report and needed the climate for southern mexico!!
22
Mary

Thanks really helped with my social studies report
23
Claire

this helped me on my Social Studies brochure. THANKS A LOT!it helped me alot!
24
Sebastian

This really helped me! Thanks so much! I really needed Mexico's temperatures!
26
ezekiel

thank you for the infomation of the mexico climate