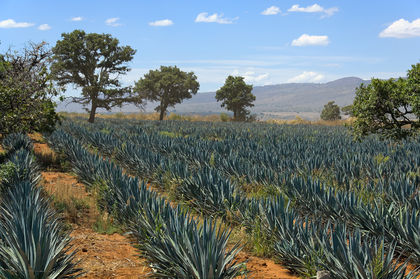 In 1960, Mexico became self-sufficient for the first time in corn; it continues to be self-sufficient in beans, rice, sugar, and most fruits and vegetables and fluctuates between being either a net importer or self-sufficient with wheat and corn. During the late 1960s, Mexico almost tripled the investment allocated for agriculture. The government continues to protect agriculture and to ensure domestic consumption through import and export duties and controls. The government supports the prices of corn, wheat, beans, and fresh eggs and then sells these and other farm products at minimal prices through retail stores operated by the National Corporation for Public Subsidies. In 1977, the government introduced a new program called the Mexican Alimentary System, seeking to foster food production through subsidized credit, cheap raw materials, guaranteed prices, and crop insurance. Because of a record harvest in 1981, the agricultural sector grew by 6% overall. The program was terminated in December 1982 because of what the government called its limited contribution to rural welfare and incomes.

At the time of the Mexican Revolution, an estimated 830 landowners held 97% of the land. The principles of land reform were incorporated into Article 27 of the constitution of 1917, which provided for division of large landholdings into small farms, communally owned by villages, known as ejidos (one individual may only own 100 hectares/247 acres of irrigated land). Much of the arable land has been expropriated for the establishment of ejidos. The Agrarian Reform Law of April 1972 formally recognizes two types of landholdings, private and ejidal (in the form of lifetime land grants, which cannot be disposed of by sale or transfer). The proportion of ejidal-owned land rose from 7.5% in 1930 to 26.3% in 1960 and 47% in 1970. By 1986, 61.1% of the farm population belonged to the ejidal system, but the system yielded only about 33% of total agricultural output, and an estimated four million peasants remained landless. Beginning in the late 1970s, the government sought to group together ejidal holdings into larger collectives to increase production.

i need more info on what kinds of food are imported and exported..
this article is too general :(
2
Bob

maybe you could put just a little more information.
That would be really appreciated.
3
Pattie Fair

This is very interesting information; however, I would like additional information regarding farming practises referring to equipment used etc.
4
maser

dood this website is the bomb!im doing a geography essay and this place helped so much.
5
maser

dood this website is the bomb! Im doing a geography essay and this place helped so much.