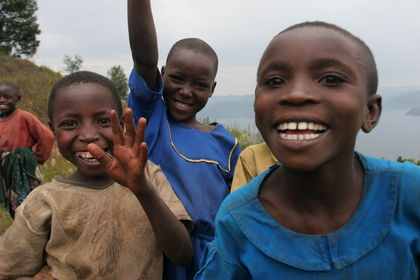 The prevalence of AIDS/HIV has had a significant impact on the population of Haiti. The United Nations estimated that 7.7% of adults between the ages of 15–49 were living with HIV/AIDS in 2001. The AIDS epidemic causes higher death and infant mortality rates, and lowers life expectancy.

Haiti is my county I love it My dream for it are one day I will help the poor people in my communuty where I was growing up I miss my neigbord a lot but I can not doing nothig for them what now because life in the U S A is not easy for me the only hope I have now .Because I go to school I will be some thing in the future
3
aliman

time for a fresh start i have no idea what else to say good luck rebuilding.
5
bchara

I wish for each member of the people of haiti to be strong to face this proplem and to rebuild the fine Haiti.
6
sally

Why would Chris say they deserve this, how cruel for you to think that people deserve death and destruction. Joli how could you say Gods way of population control. WOW! Why would a god of love destroy people that are good. Lets just let mothers and fathers kill thier children to control population, which at one time was done. Is that how you really feel? What are you two thinking.
Maybe you should think of doing some charity work and go to Haiti, you both need a reality check.
Local guy - seriously what do you expect poeple to do, quit living. You need some insight about the country before you state how things should be done. Man's greed alone create much of what you see, so why blame the poor people that have no control or say on what goes on.
Same as what happened in New Orleans, greedy people!!!
7
silvi

where is all your compassion peopl ewho are so quick to criticize high birth rates...
8
Robert

I think this is the beginning of the end...the more I see and read, the more I believe it. I cannot imagine what it's like in Haiti right now, but I pray that the people who are alive make it through ok
11
georgia

@ Armetra..if Haiti has a total population of 8 million, how in the world do you think there are 8 million Haitians in New York? Don't be an imbecile. The Huffington Post's article meant that New Yorkers have "taken in" the 8 million people of Haiti by sending donations and collecting money and items to send them. New York has a population of about 19 million, so I am pretty sure 8 million are not Haitians.
12
manoj

We should really do something for Haitians as they are passing through a tough time...i have full faith and confidence that they will recoup. Please this is not in good taste to criticize a country when its reeling under such devastation. This is a message from India.
13
Michelle

Jake, if you have no idea what to say don't say anything at all. "Good luck rebuilding?" I don't think you fully understand the events that took place in Haiti recently. Your comment proves it. Have you ever rebuilt something, let alone your home? These people have been struck with immense tragedy, and you wish them luck? Well they don't need luck, they need help.
14
Jasmine

This Is So Sad. Devistating. I Really Hope They Recover. They Do Not Deserve This! :(
15
tony

Some facts about Haiti:
1. The 1st black nation in human history
2. Situated on a rich in nature caribbean island, its neighbor Dominic Rep. is a top tourist destination.
3. Since Haiti became independent out of European's hand, 90% forest was cut
4. Poorest country in the west hemisphere
5. 4 out of 5 live in poverty
6. the highest crime rate in the world
7. 50% women have been raped
8. Birth rate among the highest in the world
9. streets are controlled by gangs

Let's be honest, Haiti is a living hell before the quake. The magnitude of this earthquake is not comparable to 2008 Sichuan earthquake which causes 70,000 death toll, but people of China was be able to emerge quickly from the rubble. Not a single case of looting or rubbery took place. This time in Haiti, looters and mobs set roadblocks to rob UN supplies.

God help those who help themselves.
16
infinity

wow thats sad of what happened in haiti. to shoe that i appreciate them i gave them $470 i saved it up for shopping but they need it more than i do... good luck to all my peps in haiti!!!
17
Kayla

wow this is sad i agree with Jasmine and for those of you guys commenting out there that are from there if you keep in touch with your old neighborhood friends and family let them know we are praying for them and to keep there faith!!
18
caitlyn

Over population is the problem, which in turn is the reason behind the deforestation of 99% of Haiti's original forest cover. Reforestation has proven to be a complete failure as the population cut down the newly planted trees for firewood. Many of Haiti's native animal and plant populations are now extinct. Let Haiti serve as a warning to all of mankind of the consequences of too many people and too few resources.