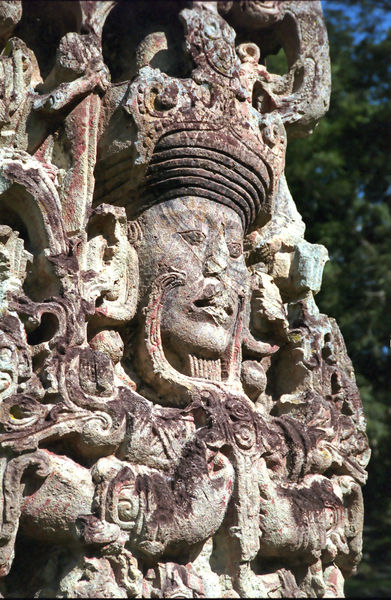 The constitution guarantees religious freedom. Historically, Roman Catholicism is the predominant religion (between 50 and 60%), with an archbishopric at Guatemala City and bishoprics at Quezaltenango, Verapaz, and Huehuetenango. Many inhabitants combine Catholic beliefs with traditional Maya rites. The constitution recognizes the separate legal personality of the Catholic Church.

Protestant churches were estimated to have fewer than 500,000 adherents in 1980, but rapidly growing fundamentalist groups increased the number of Protestants to some 40% of the population since 1998. The largest Protestant denominations are the Assembly of God, the Church of God of the Complete Gospel, and the Prince of Peace Church. Other denominations represented are Presbyterians, Baptists, Lutherans, Episcopalians, the Church of Jesus Christ of Latter-Day Saints, and Jehovah's Witnesses. Minority groups and religions with small communities include Jews, Muslims, and followers of the Indian spiritual leader Sri Sathya Sai Baba.

During the civil war in the 1980s, the government allied itself with conservative Protestant groups and accused the Catholic Church of helping leftist guerillas. The regime's relationship with the Church worsened when Gen. José Efraín Ríos Montt refused to listen to the Vatican's plea for clemency for six alleged subversives condemned to death by secret tribunals in March 1983 and let them be executed a few days before the visit of Pope John Paul II to Guatemala. Evangelical Protestants continued to represent a greater portion of the governments through the Guatemalan Republican Front (FRG) when it became the governing party in 1999 under the leadership of retired Gen. Montt.

A 1995 Agreement on the Identity and Rights of Indigenous Peoples was approved to provide freedom of practice and promote respect for the forms of spirituality practiced by the Maya, Garifuna, and Xinca groups. As of 2002, however, very little had been done to implement to Agreement. 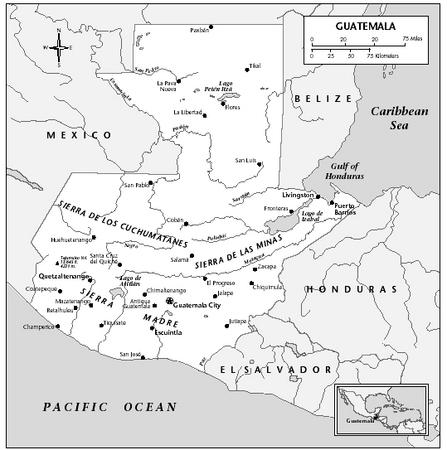 This is a very interesting and very educating article!!!!!!!!
2
Sally Jo

i think this info is very helpful to the educational environment in this world. i love to learn and am thrilled that you put this out here for kids today
3
SAKdhj

The religion help to people to understand the soul as in Europ Spain and is important to uor families draw to more special interest.
5
ac

I hated this! There wasn't that much info! I mean for real! At least list something important!
7
Erica

Very helpful! Although, I wish that you had the properly formatted citations at the bottom of your articles, like the Encyclopedia Britannica. It is very useful!
8
brian

the contents of this article are very helpfull all tho some information is left out and should be added for future reports.
9
Leslie p

this website reallly helped me with my spanish project , i'm gllad i used it for my information !
12
annie

this website also really helped me with my spanish project, but it would be even better if there was a chart of some sort
13
Rifi2013

This was great. I need some brief information on the religions of Guatemala for a Spanish project (mostly focusing on grammar and translation) and this gave me what I needed! :) it might help if there was a pie chart/circle graph to give people a visual of how the religions make up the population though. Other than that, great! :)
14
sarah W.

This website helped me on my social studies essay. We have to compare two latin American contries and one of the countries I chose was Guatemala. Thanks!!
15
aaron

This website helped me with all my information for my project.
16
Karen

yo this thing is tight, i'm finna get an A on this project now.
18
jack

yo this thing is tight, i'm finna an a on this project now
19
Jerry

yo this thing is tight, i'm finna an a on this project now
20
that guy

This is pretty nice, but I couldn't find everything I needed. But I did really like it! My little sister used it too and she likes it, too.
22
larissa

thank you so much for helping me with learning the religion of guatamala I just needed some quick information and here it is.#sohappy
23
Jose

That s and old information, im guatemalan and actually in 2017 4 out 10 guatemalans still be catholic, and protestants make up 45%,