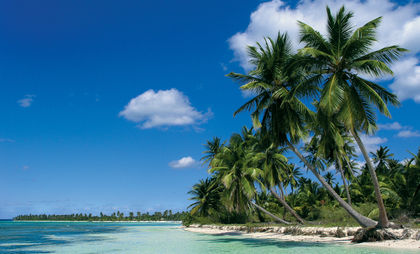 The main agencies responsible for environmental protection are the Department of National Parks and the Department of State for Agriculture. The Dominican Republic has environmental problems in the areas of deforestation, water supply, and soil erosion, and as the eroding soil enters the sea, it damages the nation's coral reefs as well. UN sources report that, as of 1993, the nation was losing 20,000 hectares per year of its forest lands largely due to commercial interests. The felling of trees was prohibited in 1967 to remedy the ill effects of indiscriminate cutting by commercial producers and farmers and the destruction by fire of large stands of timber. However, many farmers continue to cut trees surreptitiously to make more land available for cultivation. Soil erosion results from a combination of rainfall and the use of land in mountainous areas. The country has 21 cu km of renewable water resources with 89% used for farming. About 97% of the population has access to pure drinking water. Water pollution results from the effects of mining along with industrial and agricultural sources.

Endangered species in the Dominican Republic include the tundra peregrine falcon, Haitian solenodon, three species of sea turtle (green sea, hawksbill, and leatherback), and American crocodile. In 2001, 4 of the country's mammal species and 11 bird species were considered endangered, as were 10 types of reptiles and 62 plant species. The imposter hutia, the Hispaniolan edible rat, and Marcano's solenodon have become extinct.

you guys have a pretty good web site. I would like to know about projects going on now on how to combat what is currently happening in these areas
2
Alex Karney

Interesting site, thank you! ust want to point out though that while the Dominican Republic has strong laws against tree-cutting, they import the great majority of the wood they use. I propose not that tree-cutting be combatted as much as a sustainable system of wood provision be provided domestically.
3
Justin

Thank you for the information it really put a clear image in my mind. I know im only 14 but just because of my knowledge i am now able to try and save some places in my area. When im older then i can take care of bigger areas. So again thanks for the information.
4
Isabelle

Thanks for the info! I live in Punta Cana, and I was wondering what kind of prey bird was living on my roof... and you confirmed my suspicion, it is definitely a couple of peregrine falcon that I can see chasing rats in the fields around, beautiful!
5
griffin

thanks you helped me on my dominican republic progect
6
Alexa

This helped me finish my Dominican Republic research paper! Thanks for the really good info! :)
7
Erin

i Am Doing A Research Prodject For Middle School. This Website Is Really Good And It Helped Alot.
8
zinaburton@yahoo.com

Thanks, I needed this website for my presentation about the Dominican Republic environment. :)
11
hey

This was really helpful on my project of deforestation in the Dominican Republic, so thanks to the people behind this cite!
13
Judy

I really like the basic information this website gives. It is really helping with the news article I am writing. However, I feel like it could go more in depth.
14
HI

It was very help full I never new about the tree law. So it was interesting to learn about that. This site is going to help me with my project for school. Great site would definitely recommend this site, for school projects or just want to learn about Dominican Republic.
15
Laica Beauvil

To whom it may concern I would like to know what measure are your Government taking to improve the water quality for your country as a hold.
I visit there a few months ago. I work for a Environmental company in the United States located in Maryland. We create plans to help cleaning and maintain water improvement. We design and build systems that help the environment.
The company name is Underwood and Associates Landscape Architecture/Ecological Restoration company.
Checkout our website: Underwood and Associates