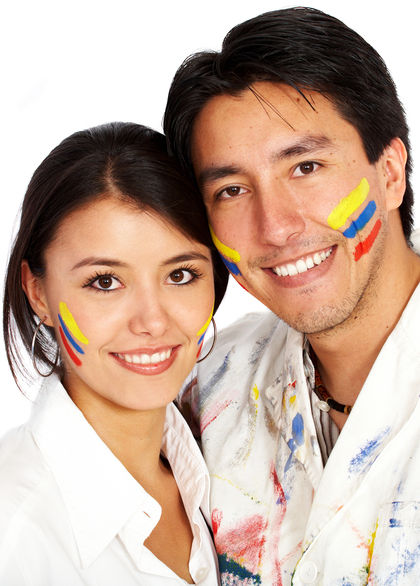 The predominant racial strain in Colombia is the mestizo (mixed white and Amerindian), constituting about 58% of the total population in the 1998. An estimated 20% of the inhabitants are of unmixed white ancestry; 14% are mulatto (black–white); 4% are black; 3% are zambo (black–Indian); and 1% are pure Amerindian. Blacks and mulattoes are concentrated in the coastal regions and tropical valleys. Pure Amerindians are rapidly disappearing; the remaining few live mainly in inaccessible and barren regions. The principal Amerindian culture of Colombia during the pre-Columbian period was that of the Chibcha, whose descendants are today chiefly concentrated in the departments of Cundinamarca, Boyacá, Santander, and Norte de Santander. The Motilones, one of the few surviving Amerindian groups untouched by civilization in South America, inhabit the region west of Lake Maracaibo and the Venezuelan border; they are famous for their lethal weapon, the black palm bow and arrow. Small, diverse Amerindian groups also inhabit the eastern extremities of the Colombian plains region, the south, and the western coastal jungles.

It would be interesting to know more about how the races have mixed with one another in Colombia.
2
ziggiezoe