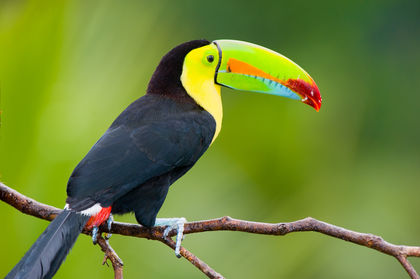 Colombia's main environmental problems are soil erosion, deforestation and the preservation of its wildlife. Soil erosion has resulted from the loss of vegetation and heavy rainfall, and the soil has also been damaged by overuse of pesticides. Deforestation has resulted from the commercial exploitation of the country's forests which cover approximately 45% of the country. Approximately 908,000 hectares (2,244,000 acres) of natural forest were lost annually in the 1970s to farming, erosion, and the lumber industry, but only 5,000 hectares (12,000 acres) were reforested each year; between 1981 and 1985, 820,000 hectares (2,260,000 acres) were lost each year, and 8,000 hectares (20,000 acres) were reforested. Between 1983 and 1993, Colombia lost another 5.8% of its forest and woodland. By the mid-1990s, Colombia had the tenth-largest area of mangrove swamps in the world, covering under half a million ha (1,235,500 acres). The nation ranked forty-third globally in industrial carbon dioxide emissions in the early 1990s, with a total of 61.5 million metric tons. In 1996, total emissions were at 63.3 million metric tons. Air pollution from vehicle emissions is also a problem, especially in Bogota. Safe drinking water is available to 99% of urban dwellers and 70% of the rural population.

The Colombian government has initiated several programs to protect the environment. By 1959, the Amazon forests, the Andean area and the Pacific coast were protected. In 1973, the government created the National Resources and Environment Code. The main environmental agency is the Institute for Development of Renewable Natural Resources and the Environment (INDERENA), established in 1969. Among other activities, it has undertaken extensive projects in the training of personnel in conservation, fishing, and forestry. The Colombian Sanitary Code, in force since January 1982, establishes pollution control standards. The National Environmental Education Plan for 1991–94 introduces environmental issues in the elementary schools.

Endangered species in Colombia include the tundra peregrine falcon, Cauca guan, gorgeted wood-quail, red siskin, pinche, five species of turtle (green sea, hawksbill, olive ridley, leatherback, and arrau), two species of alligator (spectacled caiman and black caiman), and two of crocodile (American and Orinoco). By 2001, 35 of Colombia's 359 species of mammals, 64 in a total of 1,770 breeding bird species, 15 reptile species in a total of 356, and 429 of 51,000 plant species were endangered. The Colombian grebe and the Caribbean monk seal have become extinct.

This article was very helpful to my research on colombia. my spanish teacher wanted us to research a topic and this article helped me find out very interesting things about this wonderful country. thank you!
2
Eric

Great article. I wanted to know what ecological problems Colombia was having. I'm going to further research this topic for a research paper.
3
Drew

This article helped me out beacause my English teacher wanted us to reasearch the ecological problems and the institutions of my country. Thank you. And be happy =D
5
agnes

this aticle is very helpful for my research on colombia
and the facts is very interesting
thank you so much for letting use this articles
GOD BLESS YOU!!
6
Cee

This is a great article and caters to my needs regarding my necessary knowledge of the Colombian environment and its problems...thanks!
7
Nathaniel I. Wenger

Colombians main issue is the people and what they care about. Perception, Publicity, and Propaganda. Almost every problem is solvable and this article highlights some important issues. The most important issue in colombia is what colombia is. A nation in the world that is allowed to exist because of a law system. That law system needs a leader who makes sure they people are treated lawfully. Civilocity is a form of government where the people watch the ruler entirely amongst their reign to make sure the leader follows the law. I am trying to put law into office and your trying to put a different man into office because a man isn't perfect. Civilocity is a better form of government then democracy but both are needed to have the best society which has a positive impact on the environment and the world around it.
8
Hannah

THIS ARTICLE WAS VERY LOVELY. I ENJOYED READING ABOUT THIS. MY UNCLE IS FROM COLOMBIA AND I LOVE LEARNING ABOUT ALL HIS CULTURE. THANK YOU FOR THIS IT WAS GREAT!!
9
Teresa BenÃ­tez

I liked this article very much. I wonder whether I can use it in a reading workbook I am making for my students.Of course, giving proper credit to the author. Can it be reprinted for academic purposes? Please, give me a quick answer.
10
Allison

I am from Colombia, and its a little sad to learn about how people are ruining this wonderful country): thanks for the article tho!!! very helpful for a project i have to do in geography!!! (:
12
Christian Cardona

I love Colombia. It is great. Viva Colombia!! Colombian females are the hottest!!
13
Nae

I have to do a report on Colombia and this have been helpful for me.Thank you.
14
Maria

This was pretty helpful for our spanish project!! Me and Ariana really benefited from the information!
15
Ariana

this article was very interesting and great for my partner maria and i for our spanish presentation we love it!
16
megahn

helped a lot with a spanish report i had to do on a country. Thanks!!! :)
17
Jessica

I would love to visit Bogota some day, my special someone lives there...Anyways good info.
18
Barnabas

An expository and informative article. It really arouses ecological interest. Thank you!
19
Joel

Helped a lot whit a social studies project! Thanks!
20
Emily

It has the perfect information for my project. It is a life saver!!!
21
lorena

How can the people in Colombia Solve these Problems?
22
Kaylee

How do humans interact with the environment? That's what I need to know for my Geography project
23
Eleanor

Thank you so much! I needed this article for my project in geography where we are seeing if a country would be good for the olympics *besides brazil* in latin america. So again thank you so much!
24
Selena Gomez

Thank you as for I wanted to know about stuff in Colombia because I might be going to Colombia for a video.Make sure to watch my newest videos!
25
Ur mom

Thank you so much! I appreciate the information that was in this article, and really helped me in my research about Columbia!
26
cesar olguin