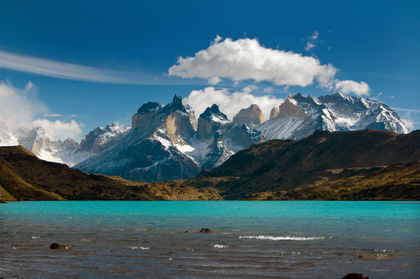 Chile's main environmental problems are deforestation and the resulting soil erosion, and the pollution of its air, water, and land. Air pollution from industry and transportation and water pollution are especially acute in urban centers, where the population has doubled in the last 30 years. In 1996, Chile's industrial carbon dioxide emissions totaled 48.7 million metric tons. Untreated sewage poses the major threat to the nation's water quality. As of 2001, Chile had 928 cu km of renewable water resources. While 99% of its urban dwellers have pure drinking water, only 58% of its rural dwellers have the same access.

Endangered species in Chile include the South Andean huemul, tundra peregrine falcon, puna rhea, Chilean woodstar, ruddy-headed goose, and green sea turtle. As of the 2001, 16 species of mammals in a total of 91 were considered endangered. Of 296 breeding bird species, 18 were threatened with extinction. Also threatened were four types of freshwater fish and 268 plant species.

Endangered species in Chile include the South Andean huemul, tundra peregrine falcon, puna rhea, Chilean woodstar, ruddy-headed goose, and green sea turtle. As of the 2001, 16 species of mammals in a total of 91 were considered endangered. Of 296 breeding bird species, 18 were threatened with extinction. Also threatened were four types of freshwater fish and 268 plant species.
2
Shabalaba Ding Dong

Pollution. I think you will need to do that first. Stop the pollution so the poor people will be able to breathe! Please!
4
Brooklyn

What is Chile doing to make their country less poluted?

Is there good education in Chile? If yes, explain it.
5
katherin

Chile has lots of programs for environmental issues.. but I would like to say they are not enough. conama.cl Is the organization which worried about the programs, but there's still a problem why chilean people still have pollution in Temuco and Santiago.
GOverment needs to create more programs for people who can not avoid to use wood for heating..
Schools need to create consciousness about this big issues..
This is not just money problems as many of you can think..its a problem of how you manage the resources you have...
6
Bethany

This article is very interesting. I believe that the environmental problems in chile needs to stop! It cannot be so horrible forever! So this article really tells u about it and how chile needs to change!
7
Brian Eckert

Good topic i am going to use some of your info for my world geography project.
8
Bobby

I agree it is interesting, perfect for my report. There is many ways we can make a change, stop using cars, recycle more, and stop burning crops (there is more but I`m too lazy to say them).
9
Ashley Cooper

im 17 and go to lakeview charter high school. I live in Sylmar.
10
aria

how did soil erosion start in chile?
whom is it effecting?
where is it most present?
how long has it been going on? Please respond fast!
11
ainzly clements

This really helped me in my PBA for spanish class. I hope to get an A+ becuase this is such a good topic.
14
Anna