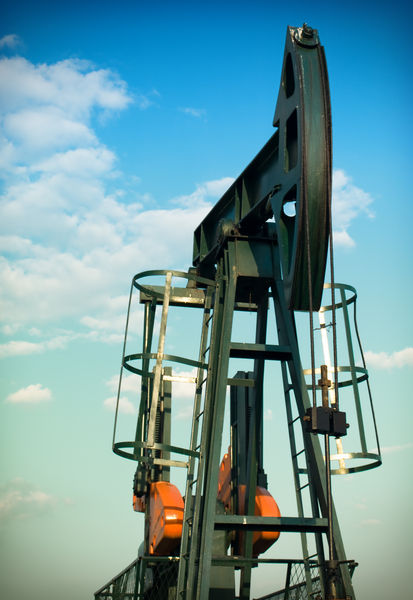 The world's largest exporter of minerals and metals, Canada's mining sector was considered a pillar of the economy and a way of life for Canadians. Canada was the leading producer and exporter of potash (world's largest and richest reserves), the leading supplier of uranium, the second-largest producer of asbestos (possibly the largest deposits) and sulfur (17% of world output and 38% of world trade), the third-largest in titanium, platinum-group metals (PGMs) and mine zinc, fourth in aluminum (from imported oxide), fifth in copper, lead, silver, and gold, and among the leading producers of nickel, salt, and nitrogen in ammonia. Yet, the country only recently began to fully develop many of its most important mineral resources, and resources developed earlier continued to display great growth potential. This was reaffirmed by discoveries such as the huge and rich nickel, copper, and cobalt deposit at Voisey's Bay, and the Ekati diamond mines—diamond was expected to be the most sought-after mineral in the country. Processed and unprocessed minerals, along with petroleum and natural gas, were among Canada's top industries in 2002, and aluminum was the sole nonfuel mineral product among the country's top export commodities. However, Canada's mineral industry was primarily export oriented, with as much as 90% of some commodities going to external markets.

The minerals, metals, and energy sectors contributed 8.7% of GDP—which grew by 4.1% in 2000 and 3.6% in 1999, a record growth among the Group of Seven economies—and mining played an integral part in Canada's new-technology-driven and knowledge-based economy. The value of minerals production increased to US $84.2 billion in 2000, the third consecutive record high (from US $54 billion in 1999), mainly as a result of skyrocketing prices and substantial gains in the fuels sector. The value of mine output of base and precious metals and nonmetals was US $18.5 billion. The value of metal output was US $11.1 billion, up from US $9.8 billion in 1999, following three declining years. The higher price of nickel in 2000 moved it ahead of gold and potash in value. The price of PGM increased significantly in 2000, because of higher demand for use in autocatalysts. Exploration spending remained the same, after decreasing by 35% in 1999; the decrease was particularly apparent in the Northwest Territories, Ontario, and Quebec, which together accounted for 60% of exploration expenditures. Exploration spending was expected to remain flat or decline. For diamonds, though, spending was expected to increase by 25%, with exploration spreading to most of the country, and bringing public excitement. The larger mining companies continued to spend 80% of their exploration budgets abroad.

Mined nickel (metal content) output in 2000 was 181,027 tons, down from 208,302 in 1998. The world's biggest newsmaker in nickel continued to be Inco Ltd.'s nickel-copper-cobalt project at Voisey's Bay, which was delayed because of disputes involving exploration methods, environmental activism, aboriginal claims, financial straits, and provincial politics. Proved reserves at the site totaled 32 million tons (2.83% nickel and1.68% copper); indicated resources were 91 million tons (1.25% nickel, 0.59% copper); inferred resources, 14 million tons (1.00% nickel, 0.70% copper). Inco operated mines, mills, smelters, and refineries in Sudbury that produced 99,800 tons of nickel, and produced another 34,000 tons in Thompson, Manitoba. Falconbridge Ltd. operated the Craig, Fraser, Lindsley, and Lockerby nickel-copper-cobalt mines near Sudbury, and the Raglan Mine in northern Quebec; the concentrate then went to the firm's smelter near Sudbury and on to its refinery in Norway. Exploration by Nuinsco Resources Inc. in the Lac Rocher area, northeast of Matagami, found strong nickel/copper mineralization. The country's total proven and probable reserves amounted to 5.7 million tons, of which Ontario accounted for 72%.

Gold output in 2000 was 153,781 kg, down from 171,376 in 1997. Gold has lost some of its luster. Three mines opened, while 13 closed, a result of low gold prices and/or depletion. Thirty-three mines were operating, accounting for 88% of Canada's output; the remainder came from 19 base-metal mines and a number of placers. Ontario had 51% of the country's gold reserves, which totaled 1,415 tons (proven and probable), excluding metal in placer deposits. Beginning in 1981, large new deposits of gold ore were discovered at Hemlo, Ontario, north of Lake Superior; by 1991, more than 50% of Ontario's gold production came from the three mines in the Hemlo district. Gold production has fallen since the peak of 177 tons in 1991.

Mined zinc output (metal content) was 935,686 tons, down from 1.22 million tons in 1996. Zinc markets recovered in 2000, despite continued poor demand in Japan, slow growth in Europe, and increased mine production worldwide. Hudson Bay Mining and Smelting Co. Ltd. began an underground development program at its Chisel North zinc deposit, at Chisel Lake, Manitoba, which included a new shaft to develop the "777 deposit" that contained 14.5 million tons of proven and probable zinc reserves. Noranda completed development of the Bell Allard zinc-copper mine, Matagami district, northern Quebec, and explored for further discoveries of copper-zinc deposits, which could counter exhaustion of the Isle Dieu and Norita East zinc-copper mines, also in Matagami. The country's proven and probable reserves totaled 10.2 million tons, 35% of which was in New Brunswick.

Mined copper output (metal content) was 623,451 tons in 2000, 581,583 in 1999, and 703,245 in 1998. The softening in copper prices in 1997–99 resulted in the closure or suspension of the Highland Valley Copper and Myra Falls mines, the Mines Gaspé, and the Gibralter mine, in British Columbia. No new copper mines were scheduled to come onstream until 2002, and, although copper production at Voisey's Bay was not imminent, it could yield 99,000 tons per year of contained copper, keeping Canada a world leader. Proven and probable reserves for the country totaled 8.4 million tons, 50% of which was in Ontario, and 35% in British Columbia.

Mined silver output (metal content) was 1.16 million kg, down from 1.31 in 1996. Silver, the value of whose output dropped by5.8% in 2000, was mainly a byproduct of base-metal and gold mining. Prime Resources Group's Eskay Creek gold mine, British Columbia, which started operations in 1995, produced 28% of the country's total. Proven and probable reserves in Canada totaled 15,738 tons.

Lead output (metal content) was 152,765 tons, down from 257,253 in 1996. Proven and probable reserves amounted to 1.85 million tons; 76% were in New Brunswick. In addition, Canada mined the metals antimony, arsenic trioxide, bismuth, cadmium, magnesium, molybdenum (121,000 tons of proven and probable reserves, all in British Columbia), pyrochlore, selenium, spodumene, tantalite (from Niobec, the world's third-largest producer, and the only operating columbium mine in North America), tellurium, and titanium. Calcium may have been produced as well.

Among industrial minerals, diamonds have been attracting much attention. Total output was 2.53 million carats in 2000 and2.43 million in 1999, valued at US $600 million each year. Canada's first commercial production of diamonds—by BHP Diamonds Inc., in the Ekati Mine—began in 1998, when production totaled 300,006 carats; 2000 was Ekati's first full year of operation, and it has became a factor in world markets. BHP Diamonds reported that the quality of diamonds recovered from the five kimberlite pipes at its Lac de Gras property, northwest of Yellowknife, compared favorably with the best pipes in the world. De Beers, which bought 35% of Ekati's output, has discovered 220 kimberlites, several of which had the potential to become diamond mines; one, the Snap Lake project, was due to be in full production by 2004, at a cost of US $1 billion, making it De Beers's first mine outside of Africa, Canada's first underground mine, and the first kimberlite dike to be mined on a large scale. Diavik Diamond Mines Inc. proceeded, despite delays over permits and land use, with plans for a 2-million-ton-per-year, four-kimberlite operation southwest of Ekati that was to begin operations by 2002, and was projected to produce 8 million carats in the first year of the mine's 16–22-year life—90% would be of gem quality. More than 500 companies have been exploring for diamonds, and 8,000 people were involved in diamond drilling and its support services. The First Canadian Diamond Cutting Works, in Montreal, became the country's first fully integrated cutting and polishing factory, with the aim of handling Canada's diamond production at lower cost than European competitors; artisans came from Belgium.

Potash output was 9.1 million tons in 2000, up from 8.5 in 1999. The 63%-government-owned Potash Corp. of Saskatchewan Inc. was the largest publicly held potash producer in the world, with an annual capacity of 8.2 million tons, 61% of Canada's total capacity. An area extending from central Saskatchewan southeast into Manitoba was probably the largest and richest reserve of potash in the world, and could probably supply all the world's needs for 1,000 years. Known national reserves amounted to 14 billion tons.

Asbestos output in 2000 was 320,000 tons, down from 506,000 in 1996. The world's largest deposits of asbestos (including chrysotile, crocidolite, and amosite) were believed to be in a region of eastern Quebec that included Thetford Mines and the town of Asbestos. The Cassiar asbestos mine, after a six-year suspension, was to be back in production in 2000. The nation's proven and probable reserves of fiber asbestos totaled 35.8 million tons.

Mining has been conducted in Canada since the seventeenth century, but the remarkably rapid development of mineral exploitation dates from the end of World War I. Petroleum has been found in the midwest; iron ore deposits in Labrador, Quebec, and Ontario; and uranium in Ontario and Saskatchewan. Ontario led the provinces, producing 30.8% of nonfuel mineral commodities, followed by Quebec (19.5%), Saskatchewan (11.9%), and British Columbia (11.2%).

Land use, which had not been given much attention, has become an issue, with First Nation rights receiving consideration. Canada's provincial governments regulated most aspects of exploration and mining, and the exceptions, the Yukon Territory and the Northwest Territories, have been accumulating more independent powers. Federal agencies recently became able to review mining activity for environmental impact. Exploration for metals and petroleum has tended to move north in recent years, into the new territory Nunavut, which was created in 1999 out of the Northwest Territories; Nunavut included Baffin, Ellesmere, and the Queen Elizabeth islands, one-fifth of Canada's landmass. The Inuit have generally been receptive to mining proposals, including the new Nanisivik lead-zinc mine on Baffin Island, north of the Arctic Circle.

The Standards of Disclosure for Mineral Projects, which was to be enacted in 2001, covered all technical public disclosure on mineral projects and was intended to preserve Canada's preeminent position in world mining, exploration, development, and financing. The mineral industry consisted of 3,000 domestic and 150 foreign companies; 10% were actively engaged in mining; the remainder were engaged in exploration, in advanced stages of development, or dormant, in search of financing. More than 200 mine sites, including coal sites, were active, and 3,000 mines and quarries produced sand, gravel, and other construction materials. Total employment in mining and mineral manufacturing in 2000, including coal, was 400,000, and 55,750 were employed in coal, metal, and nonmetal mining and quarrying. Most of the mineral industry was privately owned; an exception was government participation in potash and petroleum, which were transitioning to private ownership. Mining had the prospect of diversifying and strengthening Canada's economy. Canada was well positioned in terms of its mineral-resource base and its access to markets in the United States.

I was wondering how technology has affected the mining industry, and how they have contributed to it - especially the iron ore industry.