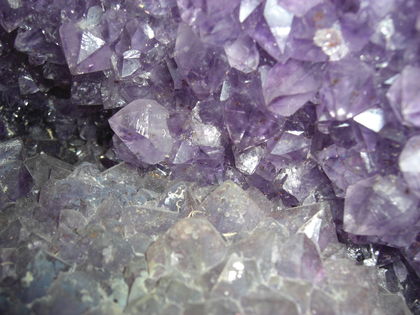 Gross iron ore and concentrate output for 2000 was 210 million tons, up from 174.2 in 1996 and 59.4 in 1974, which was more than double 1969's output. Brazil exported 156.9 million tons of iron ore and pellets (12.3% higher than in 1999) valued at $3.05 billion, compared to $2.75 in 1999. Eight firms accounted for 96% of iron ore production, with CVRD accounting for 48%. The second-largest producer, Minerações Brasileiras Reunidas S/A (MBR), opened three new mines, Capão Xavier, Tamandúa, and Capitão do Mato, in Minas Gerais, to increase capacity to 32 million tons per year by 2004 and to offset depletion at the Aguas Claras and Matuca mines. In 1942, CVRD began mining operations in the high-grade deposits of Minas Gerais, and increased its activities with the aid of loans from the US Export-Import Bank. New deposits in the Amazonian state of Pará were discovered in the 1970s, and in 1981 Brazil became the world's leading iron ore exporter.

In 2000, 2.19 million tons in gross weight of marketable manganese ore and concentrate were mined in Minas Gerais, Mato Grosso, and Amapá; 1.66 million in 1999; and 2.506 million in 1996. CVRD's high-grade Igarapé Azul manganese mine, in the Carajás complex, accounted for 70% of metallurgical manganese production (1.4 million tons, up from 960,000 in 1999, because of mine expansions). A higher demand for steel resulted in a 96% increase in manganese ore exports, to1.17 million tons in 2000. Manganese ferroalloys exports increased by 62.7%

Major deposits of high-quality bauxite have been discovered in the Amazon region; output has risen rapidly, from 6.5 million tons in 1987, to 11 million in 1996, and 13.85 million in 2000. Mineração Río do Norte, S.A. (MRN), a joint venture 40% owned by CVRD, was the world's third-largest bauxite producer and exporter; in 2000, it produced 10.6 million tons, 81.2% of Brazil's output. MRN planned to open its new mine, in the Papagalo plateau, with bauxite reserves of 800 million tons and an annual capacity of 2 million tons.

Brazil in 2000 produced 31,190 tons of pyrochlore in concentrates (up from 19,621 in 1996), 18,218 tons of columbium in alloys, and 1,274 tons of columbium in oxides from two open pits—Araxá (Minas Gerais) and Catalão I (Goiás). The two columbium producers, Mineração Catalão de Goiás Ltda. (MCGL) and Companhia Brasileira de Metalurgia e Mineração (CBMM), had capacities of 65,000 tons per year pyrochlore and 1.9 million tons per year columbium ore. Tantalum production totaled 50 tons, and increased world demand was expected to maintain an upward trend.

Diamonds, along with other precious and semiprecious stones, were mined primarily in Minas Gerais, Goiás, and Bahia. Other gemstones, found throughout the country, were emerald, aquamarine, amethyst, citrine, chrysoberyl, opal, topaz, agate, tourmaline, ruby, and sapphire. In 2000, total yield was 1 million carats of gem-quality diamond (up from 100,000 in 1998) and 600,000 carats of industrial diamond; garimpeiros produced 820,000 carats. Fewer garimpeiros and increased environmental restrictions have caused a decline in production. Despite government closure of high-content gem placers and high taxes on domestic sales of jewelry, Brazil had great potential, with its 600 million cu m of sedimentary rocks containing diamond grading between 0.01 and 0.1 carat per cu m (15 million carats), which represented 1.2% of the world's diamond reserve base. Diamond production was 11.1% higher than in 1999. Belgium received 95% of the uncut stones.

Gold production was at 50,393 kg in 2000, including 8,368 by garimpeiros. Deposits found at Serra Pelada in 1980 raised gold production to 103,000 kg by 1989; production averaged 90,380 kg in 1987–91, and output in 1996 was 60,011. Higher production costs, depletion of shallower deposits, lower world prices, and much higher environmental standards caused the drop-offs. Gold output could increase significantly with the growth of copper production and increased interest by domestic and foreign investors in largely unexplored areas; more than 2000 gold occurrences were known, mostly Precambrian vein deposits and alluvial placers.

Brazil in 2000 was the largest recipient of foreign direct investment in the region for the fifth consecutive year—because of the sale of previously state-owned assets. The governmental Company for Mineral Resources Research has sought to expand existing mineral industries and to establish new ones—the Amazon region has been a particular focus of the company's efforts. The government took steps to encourage private capital investment in the development of phosphate reserves, the exploitation of oil-bearing shale, and the expansion of iron ore output. Brazil's petroleum and mining industries and utilities attracted investors' interest because of the government's macroeconomic policies, the country's diversified minerals endowment, and a skilled labor force. Most important in the nonfuel sector were the Minas Gerais iron ore joint venture (CVRD and China's Shanghai Baosteel Group Corp.) and the Sossego copper-gold joint venture (CVRD and Phelps Dodge Corp., of the United States); both were to begin in 2002. Because of increased world demand for stainless steel and better nickel prices, $1.4 billion was invested in the nickel industry, with plans to triple output to 107,000 tons per year starting in 2003. The Carajás mining project, in Pará, was expected to lead to the mining of manganese, copper, tin, silver, gold, nickel, molybdenum, bismuth, and zinc.

The discovery of gold in Minas Gerais ("general mines") in 1693 made Brazil the world's leading gold producer; rapid exploitation under the Portuguese colonial system exhausted the mines in less than a century. The dissipation of the nation's gold wealth for the benefit of a foreign power instilled in Brazilians a protective attitude toward mineral reserves, resulting in government control. The 1988 constitution forbade foreign majority participation in direct mining operations. Lack of capital has long restricted development by domestic firms, and Brazilian mining laws and adverse geographic conditions have discouraged foreign capital. The major portion of the mineral industry was partially or wholly owned by private Brazilian investors, Brazilian corporations, and/or foreign companies, the exceptions being the natural gas and petroleum industries. The structure of the industry continued to change to a privately owned/government-regulated regime. Two 1995 constitutional amendments opened the way for participation of the private sector (domestic and foreign), through privatization, joint ventures, and deregulated investment, in the sectors of coastal and river shipping, mining, natural gas, petroleum, telecommunications, and transportation. By the mid-1990s, investment was on the rise, as a result of aggressive economic policies, the diversity of mineral resources, and the constitutional reform that eliminated restrictions on foreign investment in mining. In 2000, the import tax for minerals was reduced, with varying rates, and the export tax would no longer apply to exported mineral products, nor would the tax on industrialized products apply to mining activities.

Thank you .. Great information. It describes very well the country and the gem market.
4
aly

This is very good indeed. But can I source it in an academic article? if so, how?
5
Gratefull

I could not find a source of information with this much depth regarding Brazil's mineral wealth anywhere online. I'm very gratefull for this page. Thank you.
6
subhash reddy

Very good article and helpful information. Any one have the idea that
Is it allowed to export gold ore out of Brazil?