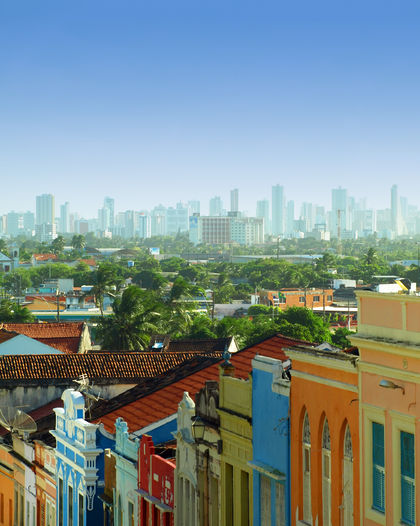 Despite major urban developments, both the housing supply and living conditions in Brazil remain inadequate. Large, sprawling slums are endemic in the large cities, while most rural dwellers live without amenities such as piped water and electricity. In the mid-1990s, there were nearly 35 million residences. At last estimate, more than 80% of all housing units were detached houses of brick, stone, wood or concrete; less than 10% were apartments; less than 10% were rural dwellings of wood or clay; and less than 5% were semi-private units called "quartes." Roughly 74% of all dwellings were owner occupied (1998 est.).

In 1964, the federal government enacted the National Housing Act and suspended rent controls, with the stipulation that rents could be brought in line with private market levels. The law provided for the establishment of the National Housing Bank (Banco Nacional de Habitação, or BNH), whose main purposes are to stimulate savings to finance home construction through lending institutions, to coordinate the activities of both the public and private sectors, and to introduce financial incentives. The BNH can raise funds through bond issues and may also receive deposits from governmental agencies, public cooperatives, and mixed companies.

I was wondering, Why are The houses in Brazil constructed the way they are? And do they have to be built a certain way??
2
Tiffany Flores

brazil is so beautiful.. how much does it cost to live there?
3
John W. Cook

Is there a housing suppler shortage and a building materials shortage?
4
UM....

WOW I AM DOING A REPORT ON BRAZIL IN MY CLASS. THIS IS VERY HELPFUL. THANK YOU!!!