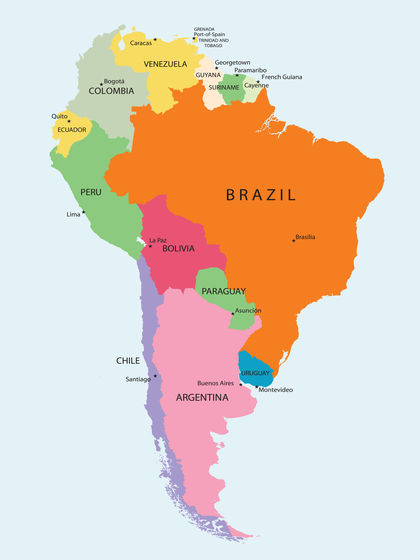 Argentina lays claim to a section of Antarctica of about 1,235,000 sq km (477,000 sq mi). Both Argentina and the UK claim the Falkland Islands (Islas Malvinas), with the UK exercising effective occupancy. In 1978, Argentina almost went to war over three Chilean-held islands in the Beagle Channel. The case was referred to papal mediation; on 29 November 1984, the two countries signed a treaty that confirmed Chile's sovereignty over the three islands.

Argentina's capital city, Buenos Aires, is located along the eastern edge of the country on the Atlantic coast.