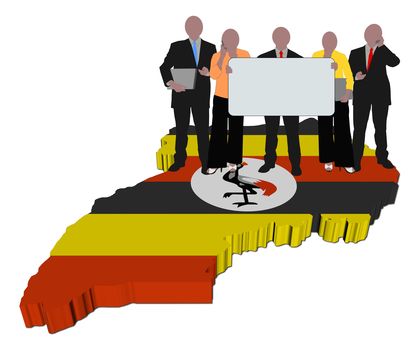 Thank so much for this knowledge base, it is worth a thank you.

For a developing country like Uganda, the population is good if its match with productive investments. The large population can act as a home market for small cottage industries with can later grow and the country can transform to Industrial and market Economy.

Thanks so much for this information, it is a very good reflection of how we Ugandans are multiplying and a good action ground for social planners.

However,considering the rate of economic growth, the rate of multiplication is feasibly alarming and threatening. I pray that as we increase, more efforts should be asserted on technological advancement to create more jobs hence improve the per ca pita income. this will facilitate the growing population. Thank you.
5
Bamuteeze Kungu Brian

Thank you a lot for such analysis of the country's population growth rate. On one side its good that it supports the economy of the country i.e provides market for the locally manufactured goods and also those that are imported. Its also a source of labor.
However, its alarming on the economic status of the country by straining the little resources the we are having. Making it hard for the government to plan adequately. This also brings up the problems of unemployment in Uganda.

I suggest that the government should come up with ways of at least controlling it.
6
Benuette

why is the urban population so little?
13% is nothing
7
Bamusiime Dickson Begumisa

Thank you so much for the work done( analysis of the population)However we all know that population growth has both the negative side and positive side forexample at this rate as the country we should expect poverty in our country reason being most youth of to day want office jobs they do not want to join agriculture ! anly parents who are ageing are in agric, now my question is what will happen in 2020 and above.to me i would encourage fertility control by the government considering the ECONOMY of Uganda.
Thank you very much.
8
obuk charles

this was the very significant thing done by the un in uganda which means uganda population is increasing.