With the exception of a few interurban bus lines and taxi systems, all land, sea, river, and air transportation facilities are owned by the state. The 5,995 km (3,725 mi) of railroad track links most of the main towns of Sudan. The principal terminals are Khartoum and Port Sudan in the east; Wadi Halfa' in the north (on the Egyptian border); Al Ubayyid in the center of the country; Nyala in the west; and Waw in the south. 'Atbarah on the Nile River (north of Khartoum) is an important junction and seat of the 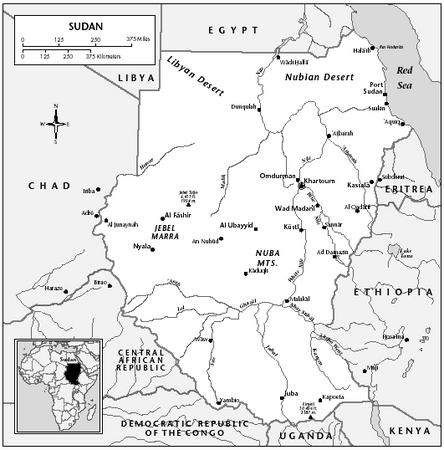 Sudan has 5,310 km (3,297 mi) of waterways. River transport services link many communities. The White Nile route between Kusti and Juba (1,436 km/892 mi) is of crucial importance. Port Sudan, on the Red Sea, is primarily a cargo port, handling all of Sudan's cotton exports as well as most food imports. Passenger traffic is insignificant except for Mecca-bound pilgrims. A small Sudanese merchant marine was founded with assistance from the former Yugoslavia. As of 2002, it had 4 vessels, with a gross tonnage of 39,545.

There were an estimated 65 airports in 2001, 12 of which had paved runways. The international airport is at Khartoum. The state-owned Sudan Airways Corp., founded in 1947, links the main cities and provides extensive international service. Flights to the south were suspended in the mid-1980s because of the civil war. In 2001, 415,000 passengers were carried on scheduled domestic and international flights.

How can I compute the passenger-kilometer? to compute the operation performance of a public bus transport.