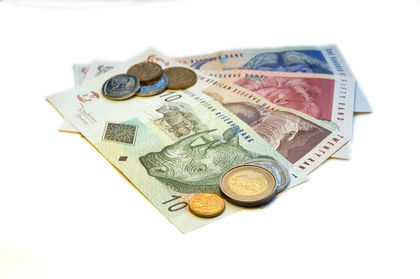 As of 1 January 2001, South Africa's territorial system of taxation (or source-based system) was replaced with one based on worldwide incomes for resident companies, including resident branches of foreign companies. In order to preserve some of South Africa's appeal as an "off-shore" location for international headquarters, a separate regime for non-resident International Holding Companies (IHCs) is maintained which allows for income from foreign subsidiaries not to be counted in the IHC's tax liability (under Controlled Foreign Entity provisions in the tax law). South African holdings in a qualifying IHC cannot exceed 5% of total equity share capital. As non-resident entities, however, IHCs cannot avail themselves of the reductions and exemptions in withholding taxes from subsidiary companies that are available to resident companies through South Africa's network of double taxation prevention treaties. The result is a reduction in South Africa's appeal as an "off-shore" location and an increased use of holding companies in low-tax jurisdictions (tax havens) like Mauritius, the Channel Islands, the Cayman Islands and the Isle of Man) to hold portfolio investment and other assets by South African companies.

The standard corporate tax in South Africa consists of two parts: a 30% flat rate plus an additional 12.5% "secondary tax" on net dividends; that is, dividends paid out less dividends earned. The more earnings retained, the lower the effective tax rate. The maximum effective rate for companies that distribute all their after-tax profits as dividends is 37.8%. A company that distributed, for example, one-third of its after-tax profits would be subject to an effective tax rate of 33%. Double taxation is avoided by granting a credit to companies for dividends received from other South African companies that have paid the secondary tax. These are called secondary tax companies (STCs). Branches of foreign companies are taxed at 35% and are exempt from the secondary tax. A reduced tax rate of 15% on the first 100,000 Rand ($13,600) of profit for small companies was introduced in 2000, and in the 2003 budget the total revenue threshold for qualifying as a small corporation was raised from three million Rand to five million Rand ($408,200 to $690,300). The 2003 budget also introduced a double deduction for the first 20,000 Rand ($2,700) of start-up costs for a new business, an accelerated write-off of research and development capital expenses, and accelerated depreciation for manufacturing assets. Capital gains, untaxed before 2001, are taxed at 15% for companies and 10.5% for individuals. Dividends from South African sources are tax-exempt, but, as of 23 February 2000, dividends from foreign sources received by residents are taxed at 12.5%. South Africa also has a preferential "off-shore" tax regime for international holding corporations, as well as a program of tax incentives administered by the its Industrial Development Corporation designed to assist entrepreneurs in the establishing and/or expansion of economically viable manufacturing industries.

The main indirect tax is South Africa's VAT tax, with a standard rate of 14% and reduced rates ranging from 0% (on lighting paraffin, basic foods, diesel fuel and gasoline) and 14%. The effective VAT on hotels and retirement hostels has been reduced to 8.4% from 9.2%. Other taxes include provincial and city taxes.