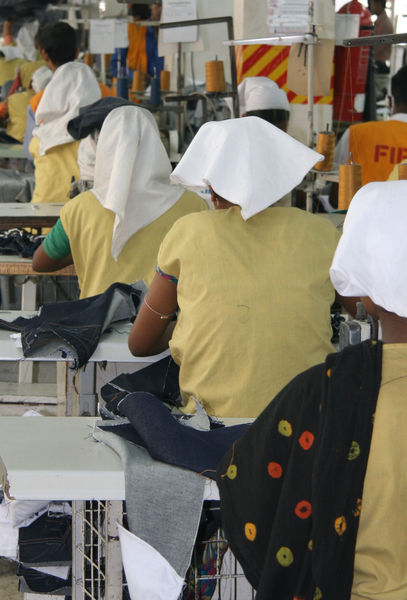 The manufacturing sector has evolved over the past 70 years, beginning with light consumer industry in the 1920s and expanding into heavy industry with the creation of ISCOR (Iron and Steel Corporation of South Africa) in 1928. Industry is localized in Gauteng, Western Cape, the Durban-Pinetown area of KwaZulu-Natal, and the Port Elizabeth-Uitenhage area of Eastern Cape.

The largest industrial sector is the metal products and engineering sector dominated by ISCOR, now privatized. South Africa is the world's largest gold, platinum, manganese, chromium, vanadium, alumino-sillicates and titanium producer; and the second largest of vermiculite and zirconium; third for fluorspar; fourth for antimony; and fifth for zinc, coal, lead, and uranium. The steel industry feeds a substantial motor vehicle sector, which experienced a 14% increase in production from 2000 to 2001. Companies like Columbus Stainless Steel and Billiton's Hillside Aluminum Smelter produce processed industrial minerals, instead of just primary commodities. A dip in gold prices during the late 1990s threatened the gold mines, but only temporarily. The mining industry contributes more than 50% to exports, and some estimates go up to 70%.

Other than Swaziland, South Africa is the only African state to produce pulp and paper. The clothing and textiles sector and the electronics sector were experiencing strong growth in 2002, as was the construction sector, which employed 260,000 people. The chemical sector centers on sizeable fertilizer production and the Modderfontein explosives factory. The sector is also home to the synthetic fuels production industry which, with three plants in operation that produce oil and petrochemicals from coal, serves 40% of the nation's motor fuels demand. There are four oil refineries in South Africa, with a total production capacity in 2002 of 469,000 barrels per day.

1
bah to the little sheep

very informative! i was doint a research of South Africa as my homework in geography and got some god points from this article. many thanks!
3
harri11

Nice article, full of information. Is it possible to mention some companies names of South Africa in the field of metal products?
5
awesome

Awesome helped me with a project. Keep up the good work!!!

Great article; short and informative! Liked this very much, and it helped me out with a school project.
7
cool kid

the article is great and straight to the point but in my opinion i would have appreciated if you could have included the advantages and disadvantages; statistics of labour; and climate influence so forth.
9
Lee

this is very very helpfull info its straight to the point i wish that other sights were more like this one.
10
peeyusha varma

good its so informative it has really helped me in my school project.keep it up.
11
Cindy

What are some of the challenges facing managers in this industry?
12
Ryan

Needed this for business project, helped for half the project thank you so much
13
Eliana

Hello this is awesome I need this so much and GOD BLESS AMERICA!
14
KASSY

HELLO WORLD THIS IS AMAZING AND AWESOME! Never thought of that
15
Katniss Everdeen

Very informative!! I am working on a South Africa project and this information helped very much :)
16
philani sthole mahlaben