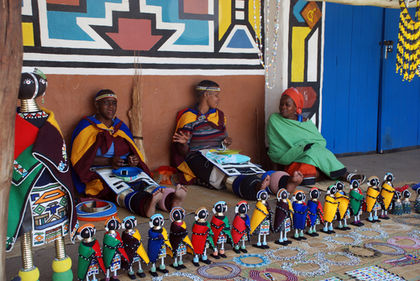 In 1994 the housing backlog was estimated to be 1.2 million homes for the black population, while there is a surplus of white housing units of 83,000. In the late 1990s, there was an explosive growth of shacks and shantytowns surrounding South Africa's major urban areas. This backlog and demand translated into the need to build 250,000 dwelling units a year in the last years of the 20th century, or roughly 1,000 units per working day; however, only about one-tenth of that number—25,000 dwelling units— were built each year, leaving the country with a serious housing shortage.

Most of the black townships and squatter settlements lack the basic infrastructure and services of water, sewage, and electricity. Efforts to solve South Africa's housing problem must focus not only on construction, but on servicing current and prospective sites by building roads and providing electricity, sanitation, and water. For example, an estimated 66% of the country's population have no access to electricity, and in most black townships there is only one water tap per several thousand people.

I am trying to establish how many electrified houses rae currently in South Africa. Is there any directory where I can find the number of houses, estimated value and location? This for the purpose of solar heating hence the detail erquired. Regards
2
nicky

how many houses still dont have access to safe drinking water in S.A
3
Florence from container homes

The process and challenge to structure back the townships and squatter settlements should have been done thoroughly with regard to the community's background of financial and views. The lack of properly water taps for every house hold is surely a major problem for the people in South Africa. Hope there will be drastic changes in the future for the sake of their children as this will also effect their health.
4
georgia

how many people in south africa to this day do not have a roof?