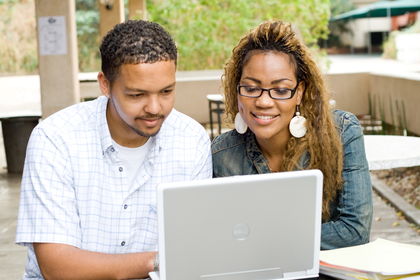 South Africa has one of the world's most complex ethnic patterns. Furthermore, legal separation of the racial communities was a cornerstone of government policy through most of the 20th century. This racial policy, often called apartheid but referred to in South African government circles as "separate development," created and maintained one of the most rigidly segregated societies in the world. During the 1970s and 1980s, enforcement of separatist policies eased, but the division of the population into four racial communities remained. According to 1998 estimates, blacks formed the largest segment of the population, constituting 75.2% of the total. Whites accounted for 13.6%; Cape Coloureds for 8.6%; and Asians 2.6%.

About 60% of the whites are descendants of Dutch, French Huguenot, and German settlers, and about 40% are of British descent; South Africans of European, especially Dutch, descent are called Afrikaners. The Cape Coloureds are a long-established racial amalgam of white, Hottentot, and other African, Indian, and Malay lineage. Some 86% live in Cape Province.

The Asians include descendants of Indian, East Indian, and Chinese indentured laborers who were not repatriated after their brief period of service as miners.

This is a really good article because it gave me my basic needs for my project and i reall didnt have to keep searching forreal.
2
heyhey

this site is actually pretty good, helped me alot becuase i didn't have to go on hundreds of site looking for individual information (y)
3
julie

What does power and dominance mean in regard to ethnic difference?
5
jennifer

this is alright, but i wish it gave more percentages, it wouldve helped me more.
6
Sheff izzle!

Good beautiful work i love it. This is the best thing i have ever seen is a little stupid but oh well life goes on right love you guys bye