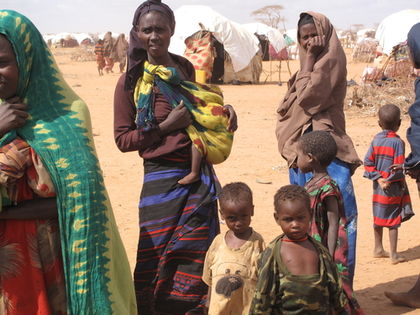 Private schools were closed or nationalized in 1972, and all education was put under the jurisdiction of the central government. In 1975 primary education was made compulsory. A minimum of eight years of schooling at the primary level is mandatory; however, many prospective students, particularly among the nomadic population, cannot be accommodated. Secondary education lasts for four years but is not compulsory. A mass literacy campaign was conducted in the mid-1970s, but there is some question as to how lasting the effects were, particularly among the nomadic population. In the mid-1980s, literacy remained low, perhaps 18% among adult men and 6% among adult women. In 1990 UNESCO estimated the adult literacy rate to be 24.1% (males, 36.1%; females, 14.0%). An estimated 2% of government expenditure was allocated to education in the period between 1986 and 1993.

In 1985, there were 196,496 pupils and 10,338 teachers in 1,224 primary schools, and 45,686 students and 2,786 teachers in secondary schools. The same year, 5,933 secondary school children were in vocational courses. The Somali National University, located at Mogadishu, also had a technical college, a veterinary college, and schools of public health, industry, seamanship and fishing, and Islamic disciplines. All institutions at the higher level had 817 teachers and 15, 672 students in 1986.

During 1992, Somalia was in a state of anarchy and not only did the country's economy collapse, but its educational system as well. Few schools were operating and even the Somali National University was closed in 1991. As of 1996, some schools were beginning to reopen.

Great article lots of great information. I wisited Somalia and this is an exact portrayal of what is going on there.
3
gjfyufgy

wow. im doind a project and this is really helping me with what i needed to know. i hope alot of people read this and see how easy they got it.
4
Ja

Nice article. somalia people lost a lot in this war. hope they can rebuild they country.

i think this article has presented a little bit of the educationl situation in somalia but currently i can say the education system in somalia is recovering and even some part of somalai such as puntland and somalland have been estabilsihed a situation that the educational institutions can operate. therefore worth noting is that the universities in somalia they offer postgraduate studeis although the quality of education in somalia is not possible to compare to some developing countrais in africa any els where.
6
Michael Hunt

Wow, I'm using this for a project and it helped me. This isn't completly true thouigh, the statistics have changed and they are improving. Hope everyone reads this, but remembers this is sorta old.
7
chloe

really good work it amazing but not really what i needed