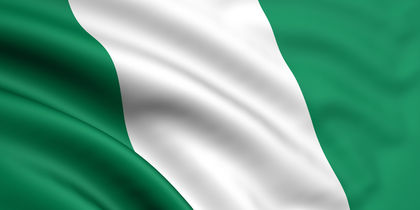 Tribal, religious, and regional differences have hindered the formation of a truly national Nigerian political party in Nigeria. Before 1966, the major parties were the Northern People's Congress (NPC), overwhelmingly dominant in the Northern Region and possessing a plurality in the federal House of Representatives; the National Council of Nigerian Citizens (NCNC), dominant in the Eastern Region and junior partner in coalition with the NPC in the federal House of Representatives; and the Action Group, majority party in the Western Region and the leading opposition group in the federal legislature. Policies and platforms of the major parties were similar, generally supporting welfare and development programs. Following the 1959 elections, the NCNC joined in a coalition with the NPC in the federal government.

The first national elections in independent Nigeria, held on 30 December 1964, were contested by two political alliances: the Nigerian National Alliance (NNA), led by Sir Ahmadu Bello, premier of the Northern Region, and the United Progressive Grand Alliance (UPGA), led by Michael Okpara, premier of the Eastern Region. The NNA comprised the NPC, the Western-based Nigerian National Democratic Party, and opposition parties representing ethnic minorities in the Eastern and Mid-Western regions. The UPGA included the NCNC, the Action Group, the Northern Elements Progressive Union (the main opposition party in the Northern Region), and the United Middle Belt Congress (a non-Muslim party strongly opposed to the NPC). Northerners feared Ibo domination of the federal government and sought support from the Yoruba, while the UPGA accused the Muslim Northerners of anti-Southern, antidemocratic, and anti-Christian attitudes. The election results, announced on 6 January 1965, gave a large majority to the NNA (198 of 267 constituencies). Before the balloting began, the UPGA charged that unconstitutional practices were taking place and announced that it would boycott the elections, in which only 4 million of the 15 million eligible voters actually cast ballots. On 4 January 1965, President Azikiwe called on Prime Minister Balewa to form a new government. In the supplementary elections held on 18 March 1965, the UPGA won all 51 seats in the Eastern Region and 3 seats in Lagos. This was followed by announcement of an enlarged and reorganized cabinet on 31 March. Ten months later the Balewa government was overthrown, the military assumed power, and on 24 May 1966 all political parties were banned.

When legal political activity resumed in 1978, five parties emerged: the National Party of Nigeria (NPN), representing chiefly the North and an educated, wealthy elite; the Nigerian People's Party (NPP), strong among the Ibos and slightly to the left of the NPN; the Unity Party of Nigeria (UPN), Yoruba-led and Socialist-oriented; the People's Redemption Party, advocating radical social change; and the Great Nigeria People's Party, espousing welfare capitalism. Shagari, the NPN presidential candidate, received the most votes (33.9%) in the 11 August 1979 presidential election, with Obafemi Awolowo of the UPN a close second (29.2%). In National Assembly elections held on 7 and 14 July 1979, the NPN won 36 of the 95 Senate seats and 168 of 440 House of Representatives seats. The UPN was second with 28 and 111, respectively; the NPP third with 16 and 78. Each of the five parties won control of at least two state governments in elections held 21 and 28 July 1979. In the presidential election of August 1983, incumbent President Shagari of the NPN won reelection to a second 4-year term, polling 12,047,638 votes (47%). Obafemi Awolowo of the UPN placed second with 7,885,434 votes (31%). That same month, Shagari's NPN posted victories in Senate and House elections. However, there were widespread charges of irregularities in the balloting. All existing political parties were dissolved after the December 1983 coup.

Two parties, the right-of-center National Republican Convention (NRC) and a left-of-center Social Democratic Party (SDP) were permitted limited activity during the transition from military rule. The two-chamber National Assembly to which they were elected never was granted genuine power. On June 12, 1993, Nigerians apparently elected Moshood Abiola, a wealthy businessman, president, but General Ibrahim Babangida annulled the vote over alleged corruption. Ernest Shonekan replaced him for the interim, and on November 17 General Sani Abacha took power, suspending all partisan and political activity. The May 1994 legislative elections were widely boycotted by foes of Abacha's military regime. On 1 October 1995, Abacha announced a three-year program for return to civilian rule.

Political parties, suppressed by the military government, were allowed to form in July 1998. Three parties were registered by the Provisional Ruling Council for participation in local, state and national elections: the All People's Party or APP led by Mahmud Waziri; the People's Democratic Party or PDP led by Soloman Lar; and the Alliance for Democracy or AD, led by Ayo Adebanjo.

Since these elections, the three registered parties have suffered from leadership squabbles. Two factions have claimed leadership of the AD, which is dominant only in the Yoruba southwest. The APP elected a new chairman in December 1999, after its former chairman, Mahmud Waziri defected to the PDP. The next presidential and legislative elections were due in April 2003. In December 2002, 24 new political parties registered for the elections.

I will like to comment on the topic postcolony era,i realy wanted to know if the period was talking about the foreign country rulling nigerians or us rulliing ourselves.
2
kirthi

This really helps a lot! I'm doing a powerpoint for Social Studies at school on Nigeria, and one of the slides has to be about Political Parties and with so many parties, I needed to find the main ones. Thanks for posting this!
3
KEN YOUNG

The only thing i want to no is how many political partys are in nigeria
4
Idem. A.

I only want to know the total number of registered political parties in Nigeria.
5
Javan, I.

Would like to know the number of registered pol parties as at present. Thanks
7
James kate

How many registered political parties are in nigeria?
8
Tijani ibrahim

I only want to know the achievement of the five political parties listed in this slid,the NPN,UPN,PRP,NPP and GNPP.
9
Wendy Nelson

please i rely want to know about the development of political parties in Nigeria.THANKS
11
emeka david

i think the result given concerning the 1999 general election is not correct bcos,the house of rep comprises of 360 members.
12
Precious J.

Why were political parties formed before independence in 1960?.How did PDP came into existence?.
13
Adamu sagi Muhammad