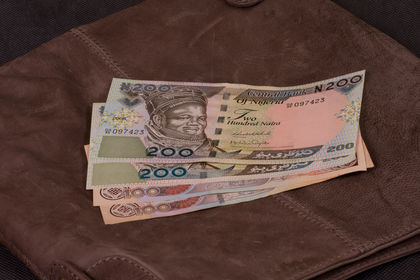 Nigeria is West Africa's most populous country, and one of the most developed. Investment in the petroleum industry was carried out on a very large scale in the 1970s, including funds devoted to production, refining, and petrochemicals. The petroleum industry was largely nationalized during that period. Upstream operations are dominated by the Shell Petroleum Development Company of Nigeria. The company has been involved in conflict with local groups, particularly the Movement for the Survival of the Ogoni People (MOPOS), which accuse Shell of causing life-threatening environmental damage, while the company contends that the damage is caused by interference with its operations. Downstream, two consortiums with foreign participation control about 30% of the market: Total Finalf Nigeria Plc and Unipetrol/Agip.

In December 1989, a new Nigerian Enterprises Decree permitted 100% foreign ownership in any new venture except those in banking, oil, insurance, and mining. The government uses an open tender system for awarding government contracts. However, a patronage system exerts powerful influence over the awarding of such contracts. Government scandals, political instability, and endemic corruption (Nigeria is regularly ranked among the most corrupt countries in the world, often at the top of the list) have inhibited foreign investment.

In 1992, the Nigerian Free Zone Act was passed establishing the Nigerian Export Processing Zone Authority (NEPZA). Free trade zones (FTZ), so renamed in 2001, are expanses of land with improved ports and/or transportation, warehousing facilities, uninterrupted electricity and water supplies, advanced telecommunications services and other amenities to accommodate business operations. Under the free zone system, as long as end products are exported (although 25% can be sold in the domestic market), enterprises are exempt from customs duties, local taxes, and foreign exchange restrictions, and qualify for incentives—tax holidays, rent-free land, no strikes or lockouts, no quotas in EU and US markets, and, under the 2000 African Growth and Opportunity Act (AGOA), preferential tariffs in the US market until 2008. When fully developed, free zones are to encompass industrial production, offshore banking, insurance and reinsurance, international stock, commodities, and mercantile exchanges, agro-allied industry, mineral processing, and international tourist facilities.

As of 2003, Nigeria had five free trade zones (FTZs) being developed. The most advanced is the Calabar FTZ in the southeast; established in 1992 with accommodations for 80 to 100 businesses, it had only 6 companies in 2001. By May 2003, however, 76 licenses had been issued for the Calabar FTZ and 53 enterprises were operating. The Calabar harbor, which was scheduled for further dredging, serves mainly as a berthing port for textile and pharmaceutical products. The Omne Oil and Gas FTZ near Port Harcourt had about 85 registered oil and gasrelated enterprises, and was generating about $1.2 million in government revenue annually. The other three FTZs—at Kano, Maigatari, and Banki—were still at the stage of infrastructure construction. Under the related Export Processing Zones (EPZ) initiative 7 factory sites in Ondo, Akwa Ibim and Kano states, with another 12 under construction in Lagos, have received infrastructure improvements, tax exemptions, and incentives to reduce their production costs in order to make their exports more competitive. There are also five export-processing farms (EPFs), selected for their export potential to receive site improvements, exemptions, and incentives. Finally, Singaporean interests have spent about $169 million developing the private Lekki FTZ.

In what may prove to be more decisive developments, the IMF in October 2001 ended its support program for Nigeria, substituting a probationary staff-monitored program (SMP) because of policy lapses by the government and consequent failures to meet prescribed targets, particularly for inflation. After a review in February 2002, the IMF put an end to the SMP because of failure to meet targets agreed to in December 2001. By the end of 2002, Nigerian foreign reserves had fallen from $10 billion in 2001 to $7.2 billion. In March 2003, the government announced withdrawal from IMF economic programs in favor of its own alternative. Protective tariffs of 100% to 150% were put on a number of imported goods to protect local industry. The lack of IMF endorsement of the country's macroeconomic policies is likely to worsen the climate for foreign investment in Nigeria.

I THINK THERE IS JUST ENOUGH HYPE ABOUT FOREIGN INVESTMENTS IN NIGERIA. AGREED OUR "EXPORTS" ARE SO LOW THAT FOREIGN INVESTMENTS(IMPORTS) ARE THE MAJOR OPTION FOR ECONOMIC GROWTH AND SUSTENANCE.ARE THESE INVESTORS REALLY WILLING TO HELP OR TO ENRICH THEIR POCKETS? THIS DECEPTION HAS GONE ON FOR TOO LONG, ITS TIME WE HARNESSED AND EXHAUSTED OUR OWN RESOURCES(HUMAN, NATURAL) ETC BEFORE MAKING AN ALTERNATIVE, THE CHOICE.FOREIGN INVESTMENT IS A FAVOUR DONE TO OTHER COUNTRIES AND NOT VICE-VERSA. THANK YOU!
7
Lucy Wanogho

Is Nigeria foreign direct investment between 2008-2010 on the rise ?
8
david nwachukwu

we are so obsessed about this FDI to the extent that we do not even question what are being invested, where and how the investments come. It's good to attract FDI, but such attraction should not be left to the 'wind' to guide and monitor it; We must be cautious.
10
gracy

To what extent has Government Encourage the Expansion of Foreign Direct Investment in Nigeria .
11
jacqueline

Nigeria should begin to think about making legislations to protect the nations interest in terms of ensuring that investors comply with the mandate of contributing to the sustainable development of the Nigerian economy. Investors are profit maximisers and in many cases only invest to serve their interest. We need to wake up!