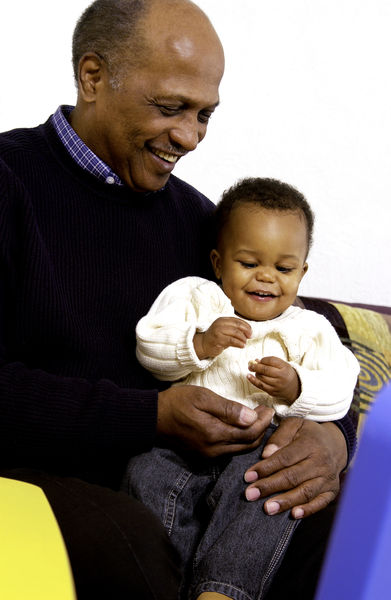 The predominant racial group is West African Negroid. The purest lineage is now found in the southeastern forest belt, but Negroid stock forms the basic substratum throughout most of Nigeria. Non-Negroid racial types include the Fulani (Fulbe), of Mediterranean extraction, who are widely dispersed throughout the north but who have become largely assimilated to the predominant Negroid type, and the Semitic Shuwa Arabs, who are confined to the Lake Chad area in the extreme northeast.

There are three dominant ethnolinguistic groups. The Yoruba predominate in Ogun, Ondo, Oyo, and Osun states. The Ibo (Igbo) predominate in Anambra, Imo, Abia, and Enugu states. The Hausa and Fulani constitute the largest single groups in Sokoto, Kaduna, Jigawa, Katsina, and Kano states. Other important groups include the Kanuri in Borno and Yobe states; the Edo (Bini) in Edo State; the Ibibio in Akwa Ibam State; the Ijaw (Ijo) in Rivers State; the Tiv in Benue and Plateau states; and the Nupe in Niger State. The Hausa in the past have been officially estimated to constitute 21% of the population; Yoruba, 21%; Ibo, 18%; Fulani, 12%; Ijaw, 10%; Kanuri, 4.1%; Ibibio, 3.6%; Tiv, 2.5%; and others, 18.7%.

How do the different tribes differ from each other?
2
nzejic

Can i know the land mass of each ethnic groups and which of the census did you use to estimate the population of this ethnic group because the Hausa and Fulani count their sheep and cow in this last census.
3
whyte

please, can i know the origin of each ethnic group in Nigeria and their political institutions?
5
shadow

for their information, that is IGBO and not ibo. some of the tribes that makes up hausa is not really hausan's.
6
AKPABIO Edet Asuqwo

how comes about Nigeria, and how many language do we have in Nigeria
7
ahmed

Pls I want more information on the varoius ethnic groups and the states they can be found. Thank you.
9
SolomÃ¶n

What ethnic group do delta fall in? Please indicate.
12
ifeanyi

That Housas,Igbos and Yorubas are the largest populations constitute the are original owner of Nigeria? No.I propose that al ethnic groups should have an equall space in the political institution
14
Smart kid

Pls, i would like to know the the name of every local government area's of the 36 states in Nigeria?
16
Vincent Tor

I wish to make a correction that the Tiv ethnic group is not only found in Benue and Plateau states but in Taraba state as well.Secondly i wish to know the indices used in determining the population of each ethnic group,please.