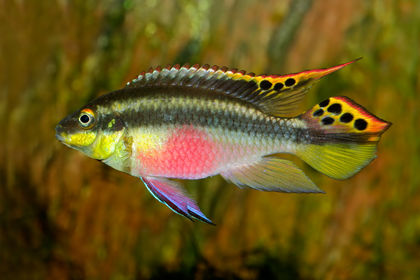 Many of Nigeria's environmental problems are those typical of developing states. Excessive cultivation has resulted in loss of soil fertility. Increased cutting of timber has made inroads into forest resources, exceeding replantings. By 1985, deforestation claimed 1,544 square miles of the nation's forest land. Between 1983 and 1993 alone, Nigeria lost 20% of its forest and woodland areas. Oil spills, the burning of toxic wastes, and urban air pollution are problems in more developed areas. In the early 1990s, Nigeria was among the 50 nations with the world's highest levels of carbon dioxide emissions, which totaled 96.5 million metric tons, a per capita level of 0.84 metric tons. Water pollution is also a problem due to improper handling of sewage. Nigeria has 221 cubic kilometers of renewable water resources. Fifty-four percent is used for farming activity and 15% for industrial purposes. Safe drinking water is available to 78% of urban dwellers and 49% of the rural population. The principal environmental agencies are the Environmental Planning and Protection Division of the Federal Ministry of Works and Housing, and the analogous division within the federal Ministry of Industry.

In 2001, 26 of Nigeria's mammal species were threatened. Nine types of birds and 16 plant species were also endangered. Endangered species include the drill, Presuu's red colobus, and the Ibadan malimbe. The Sahara oryx has become extinct in the wild.

hello, i would be glad if you can expantiate more on URBANIZATION AND ENVIRONMENTAL PROBLEM IN NIGERIA.
2
akinyele olubukola

am so happy to come across this site and God bless you,please how do i get to know more about environmental wastes management in oil and gas.thank you.
3
James

U guys have really made things easy for us. Job well done. I have been using this site for a while now and its been very useful, God bless ur crew.
4
ABEJIDE T

I read through your article on thebad state of the Nigeria environment, very interesting, but the i think the Niger Delta issue is more challenging, they had suffered pollution,poverty, and repression, hence please in your next article focusd on this area . Let the whole world know. Cheers.
5
Ocheola Simeon

this site is one in a million. it has made easy to understand what seems very difficult. you have succeeded in braking down the problems of nigerian environment. i will be greatfull if possible solutions are sogested and implemented to improve on our environmental conditions.
6
uche

a beautiful article on the environment, i would like to read more, especially on the nigerdelta
7
Onwuegbumba lawrence

Greetings guys! This site has been my helper since i was meant to understand why it is necessary to count on u guys.Thanks & keep the good work.
8
oloyede

Thanks for helping in raising public awareness about environmental challenges facing Nigeria. i will appreciate if you can discuss about the DIMENSIONS OF URBAN ENVIRONMENTAL HEALTH HAZARDS in the Country
9
Kingsley chigozie

environmental problem in Nigeria is an issue we need to discuss about,it is very painful when i see my environment how it look like please i will appreciate if there is a program for this issue in other to call people attention for the awareness of our environment.meanwhile i need to know in what area we youth can tender our help concerning this issue.
11
samantha

This article really helped me. Im doing a peroject and i had to look up enviroment and this article explained so much. I didnt know that it was that bad in nigeria till i read this.
12
oden andrew(strong better andrew)

this site has help in profounding solution to hidden questions on the environment and i pray god keep helping you.pls kindly mail me any material on the topic:problems associated with population and its environment
13
kachala Y. Dambura

i really enjoy this, well done job, iwill b happy if u can help talk the issue of deforestation and potentials of forest reserves in savanna region. Specifically northeastern region. Thank you
14
kenneth

A good job you guys are doing over there I must confess. Pls can U identify the MAJOR Nigerian environmental problem and there solutions. Thnks pls copy me at kenajulu@gmail.com
15
Abdullahi S. Majen-wayya

I'm glad to see this interested site. It enlighen the public on how to manage the environment, so as to tackle the environmental problems facing nigeria like erosion in the south and drought anda desertification in the north.
16
Helen Jovial

Kudos to you guys.. for a well done job! Though am a newbie here.. lol.. Just stumbled on this site while surfing the internet for my assignments. Wish to read more from you guys... I suggest we look into this environmental problems affecting Nigeria with solutions.. Thanks to you all.
17
Shannon Doolan