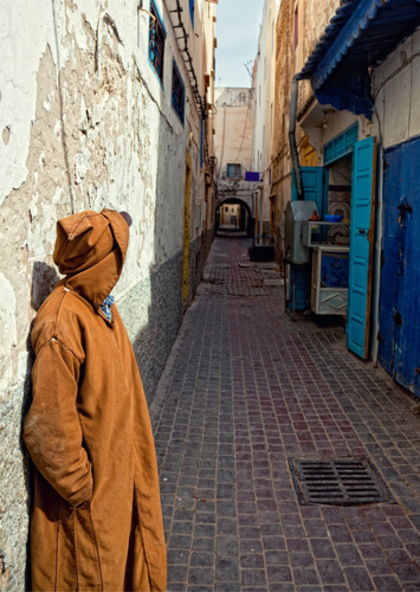 Arab-Berbers constitute 99.1% of the total population. Berbers, who comprise a little more than 33% of the population, are concentrated largely in the northern regions of the Rif, the middle plains of the Atlas, and the Sous Valley. Arabs, who constitute about 66% of the population, are distributed principally along the Atlantic coastal plain and in the cities. The Berbers and Arabs are closely intermingled, and bilingualism is common. Formerly the Jewish community played a significant role in the economic life of the country, but its numbers decreased from about 227,000 in 1948 to an estimated 10,000 in 1989. By 1998, Jews made up only 0.2% of the population. Other groups made up the remaining 0.7%, including French, Spanish, Italian, and Algerian nationals living in Morocco.

I have found this article very useful for my project on morocco.
2
Harley Surges

i love your site and it gave me a good grade in my class thanks againg
Sincerly, harley surges
3
cindy

Help Full and very insightful to the world out side of the town or city we all live in.
5
alyssa

thank you so much.! This has helped a lot with my project :)
7
kayla smythe

extremely usefull. can you put a little bit about traditions of arabs and berbers please? maybe? but thank you very helpful!
8
taylor

i found this as a great help for me, and helped me with my project due the next day
9
Saige

This was extremely usefull! This will help me get a good grade on my project(: Thankyouuu!
10
Sally

great information! This helped me alot on my Morocco Adopt-A-Country Project for AP Human Geography! THANKS :)
11
Roxanne

It didn't exactly help me with my project but it was really good! Thanks! (:
12
Roxanne

It didn't exactly help me with my project but it was really good! Thanks! (:
13
Madison

Thanksbit really Helped girl! I appreciate it so much!
14
Ucef

this article is interesting but U don't mention one point about ( Sahrawi people ) !!
15
Bayli

Thanks this helped a lot with my paper I had to do on Morocco's ethnic groups!!Thank you so much!
16
maryam

thank you! my project was a success!! thank you for your website and thank God for internet!!