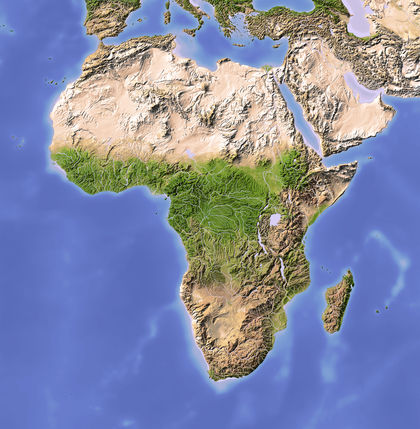 Situated off the southeast coast of Africa, Madagascar is the fourth-largest island in the world, with an area of 587,040 sq km (226,657 sq mi), extending 1,601 km (995 mi) NNE – SSW and 579 km (360 mi) ESE – WNW . Comparatively, the area occupied by Madagascar is slightly less than twice the size of Arizona. It is separated from the coast of Africa by the Mozambique Channel, the least distance between the island and the coast being about 430 km (267 mi). The coastline of Madagascar is 4,828 km (3,000 mi). Madagascar claims a number of small islands in the Mozambique Channel—the Îles Glorieuses, Bassas da India, Juan de Nova, and Europa—covering about 28 sq km (11 sq mi), which are administered by France.

Madagascar's capital city, Antananarivo, is located near the center of the island.

I think this was very helpful but, I would like to learn more about Madagascars animals. Thank you for your informatiom, it means alot!!
-olive
2
Jazz

This helped answered some of my questions very well!
4
denika

this is great but i would like to know about the animals and celebrations.
5
leigh

I THING MADAGASCAR NEED MORE INFO ABOUT ANIMAILSAND AND CELEBRATIONS.