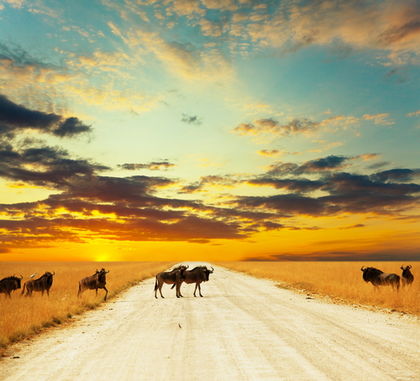 Deforestation and soil erosion are attributable to growing population pressure, which creates increased demands for food production and firewood. Drought and desertification (to which 83% of Kenya's land area is vulnerable) also threaten potential productive agricultural lands. By the mid 1980s, Kenya had lost 70% of its original mangrove areas, with the remainder covering an estimated 53,000–62,000 hectares. Water pollution from urban and industrial wastes poses another environmental problem. Kenya has 20.2 cubic kilometers of renewable water resources with 76% used in farming activity and 4% used for industrial purposes. Only about 42% of the residents in rural areas and 88% of city dwellers have pure drinking water. In addition to pollutants from industry, the nation's cities produce about 1.1 million tons of solid wastes. In an effort to preserve wildlife, the government has set aside more than 3.5 million ha as national parks and game preserves. In 2001, 6% of Kenya's total land area was protected. Game hunting and trade in ivory and skins have been banned, but poaching threatens leopards, cheetahs, lions, elephants, rhinoceroses, and other species. It is illegal to kill an animal even if it attacks. As of 2001, 43 species of mammals and 24 bird species were endangered and 130 plant species were threatened with extinction. Endangered species include the Sokoke scops owl, Taita blue-banded papilio, Tana River mangabey, Tana River red colobus, green sea turtle, and hawksbill turtle. There are 18 extinct species, including the Kenyan rocky river frog and the Kenya oribi.

Thank you very much i needed to know about Kenya for a project!
4
neel

thanx for the info i had a project andi wouldnt of been able to do it without this!
5
craig

this was alot of help thankyou very much and i would like some more thanyou !
6
Nancy

Thanks,with this i think i can do my project on 2008's project about Kenya's environment
7
Jessie

Thank you. I needed to know this for an essay and this helped alot
8
Agnes kinyanjui

Thanks! I'm kind of worried my teacher will find this great piece of work and realize I copied the parts I needed. Anyways, that was great, thanks!
10
XLO

Thanks :) i really love u alot :) i appreciate everything u have have done for me!:)
11
Peter Munyoroku

Thanks a lot for information.I need to subscribe with you to any information or initiative regarding environment.l am a private environment conservationist in Nakuru,Kenya.
Regards
12
payton awesome

This is really helping me in my powerpoint for school. Thanks so much. It's helping me with my environment slide. Again, thank you.
13
KAILIKIA MWINRWA

In fact this article aid a lot especially to students who are taking environmental education.Thank you so much,and research more.
14
Julien