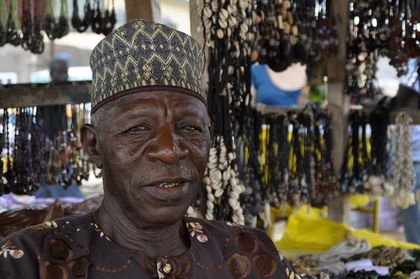 An estimated 69% of the population belonged to various Christian denominations, 16% were Muslims (though Muslim leaders claim the number is closer to 30%), and about 9% of the population practices other religions, including the Baha'i Faith, Buddhism, Judaism, Hinduism, Shintoism, Ninchiren Shoshu Soka Gakkai, Sri Sathya Sai Baba Sera, Sat Sang, Eckanker, the Divine Light Mission, Hare Krishna, Rastafarianism, and indigenous religions. Christian denominations include Catholics, three branches of Methodists, Anglicans, Mennonites, two branches of Presbyterians, Lutherans, the Church of Jesus Christ of Latter-Day Saints, Seventh-Day Adventists, Pentecostals, Baptists, and Society of Friends. Some Christians also include elements of indigenous religions in their own practices. There are three primary branches of Islam within the country: Ahlussuna, Tijanis, and Ahmadis. A small number of Muslims are Shi'a. Zetahil, a religion that is unique to Ghana, combines elements of both Islam and Christianity.

The indigenous religions generally involve a belief in a supreme being along with lesser gods. Veneration of ancestors is also common. The Afrikan Renaissance Mission, also known as Afrikania, is an organization which actively supports recognition and practice of these traditional religions.

In many areas of the country, there is still a strong belief in witchcraft. Those suspected of being witches (usually older women) have been beaten or lynched and occasionally banished to "witch camps," which are small villages in the north primarily populated by suspected witches. The law does provided protected for alleged witches and incidents of banishment and violence against supposed offenders seems to be decreasing.

Although there is no state religion, attendance at assemblies or devotional services is required in public schools, with a service that is generally Christian in nature. However, this requirement is not always enforced.

my teacher wanted me to include this for my report so it helped a lot.
2
MayMay

My teacher wanted me to include this for my report so it helped a lot.
3
FRANK

this article is perculiar and has given me a broader knowledge on the practice of religion; at teh moment some of the matertials are used for lectures.
4
pollie

This website was very useful for my essay, i had been looking for this info for hours till i found this i thin every one should go on this website to get what they need .x
pollie x
5
mawuse

I am a little confused on the info given. Is what you basically are saying is that the people of ghana were free to practice the religions they wanted? If I'm correct thanks for the information.
7
adrian

I needed this information for a presentation, I will say this site has been very helpful and I recommend it to all.
9
Birook

It like your site info because you include all relgion composition that being in ghana.i did not know before there is rastfrianism in ghana.from ethopia
10
Mamba

great! who wrote this article? (ghana-religions)
when was it published?
11
noemi

I had a homework for Geography thank goodness I found it.
13
mom

hello this information is useful! I used it for a report and my teacher thought it was good.